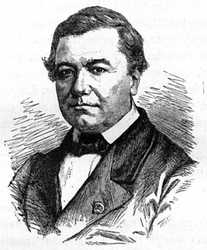 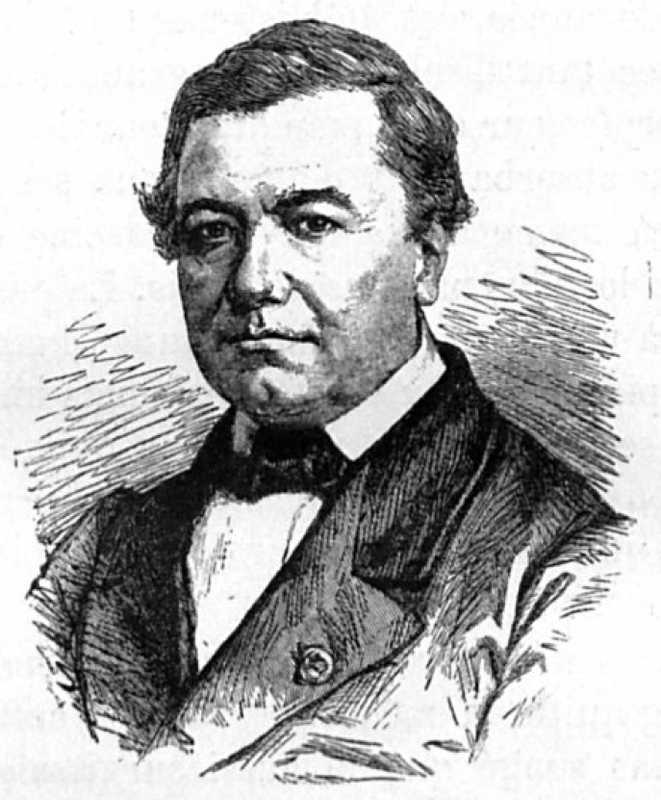 Eugène Delaunay is one of the 72 scientists whose name is inscribed on the first floor of the Eiffel Tower. He is the eighth, on the face facing east.

Charles-Eugène Delaunay, astronomer, was born in Lusigny near Troyes (Aube), April 9, 1816. He died on August 6, 1872, during a trip to Cherbourg, on a barge, which was wrecked on the shores of Calvados. He graduated first from the Ecole polytechnique in 1836 and became a mining engineer. But he soon left this career to engage in teaching and his taste for mathematics.

A particular fact helped to give the young man a special taste for astronomy. Since 1856, the Institute has given every year to the student leaving the school with the number one, the complete works of Laplace, award founded by the widow of the illustrious scientist. Delaunay is the first to receive this religiously awarded prize every year since that time. Reading the works of Laplace, he resolved to devote himself to astronomical studies. He began in this scientific career by a memoir, which was very noticed, on a new analytical theory of the movement of the moon (1846). He then devoted himself to the composition of excellent elementary works, which have powerfully contributed to the popularization of mathematics. In the first place is his Elementary Course of Mechanics (1854); his Elementary Course in Astronomy (1855); his treatise on rational mechanics (1856). In 1842 he had won the second Grand Prize in mathematics, awarded by the Institut de France, with his work on calculating variations. Successively he was appointed professor at the Ecole Polytechnique, at the Faculty of Sciences of Paris, then member of the Academy of Sciences in 1855 and the Bureau of Longitudes in 1802. Delaunay first issued the true theory of the tides.

In 1870, he had succeeded Le Verrier as director of the Paris Observatory and devoted himself more specifically to studies on the slowdown in the rotation of the earth, the seasons, and to write a remarkable report on the progress of the 'astronomy. At that time also the government of Napoleon III sent Eugene Delaunay a sum of 60,000 francs for the printing of his Tables of the Moon, which he worked for 25 years and which replaced those of Hansen. His name was given to a dead end of Paris, on the right bank of the Seine. His portrait was made after a drawing executed on nature in February 1870.