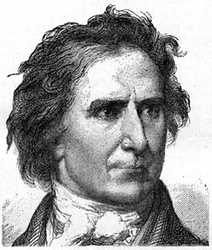 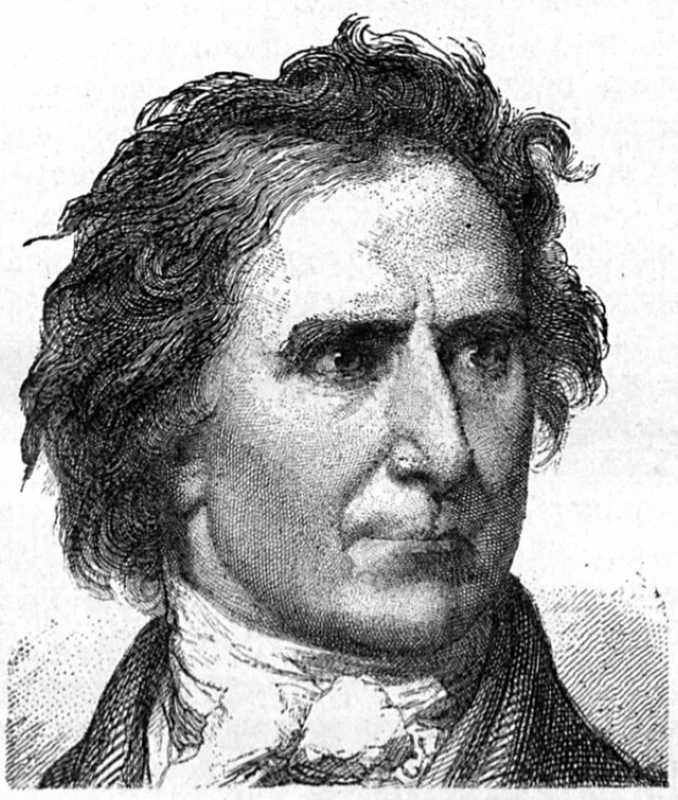 François Arago is one of the 72 scientists whose name is inscribed on the first floor of the Eiffel Tower. He is the 16th, on the side facing the military school.

Dominique-François Arago, the great Arago, astronomer and physicist, was born in Estagel, in the Pyrénées-Orientales, on February 26, 1786; he died in Paris on October 2, 1853. His beginnings in science were quick and remarkable. At the age of seventeen he was admitted to the Ecole Polytechnique. At twenty-three, he became a member of the Institute, where he had been elected to replace Lalande, by 47 votes out of 52 votes. It must be said that his scientific background was already important in 1809. At that time, he had undertaken the measurement of the arc of the terrestrial meridian, in the midst of countless difficulties and a thousand dangers related in the history of his youth, which he wrote with great wit.

At the Ecole Polytechnique, a pupil of the class of 1803, he had begun by making opposition to Bonaparte, driven by the republican aspirations that animated him until the end of his days. He was the first student who gave a negative vote for the Consulate for life. In spite of this hostile attitude, he was recommended by Monge, in 1806, to the emperor, who added him to Biot, charged with carrying out the geodesic operation which was to be a title of glory for Arago and for France. Napoleon did not keep a grudge against him; he named him a professor of algebraic analysis at the grande école from which he had left with the most brilliant titles, and he always preserved a particular sympathy for him. Thus, after the disaster at Waterloo, when he had for a moment the idea of ​​taking refuge in the United States to spend his days peacefully in the study of science, he thought of choosing Arago for companion of exile and work. Napoleon had been able to divine the powerful spirit of popularization of the young scientist who was to exercise himself later on so many different objects, not to mention politics, in which he entered after 1830, as deputy of the Pyrénées-Orientales. He marked this career with illustrious progress, decreing, in 1848, the abolition of slavery in the colonies, as a member of the Provisional Government and Minister of War and Navy.

Arago is the author of useful and ingenious discoveries that relate to the creation of the electromagnet, optics, the theory of the undulations of light, photometry, star scintillation, magnetism, rotation, the verification of Mariotte's law, the voltages of water vapor, astronomy, & c. Barral, Fizeau, Leon Foucault, Jamin, Walferdin, took care of pursuing several of the experiments which had been begun or indicated in their principle by Arago, before he became ill, towards the end of 1849.

He had an eloquent speech, a warm heart, a great style. He composed notes that are masterpieces of scientific exhibition and models of literature. His works were published in seventeen volumes, by his orders, by J.-A. Barrai, for whom he had a deep esteem and affection. This precious collection includes all the writings of the great scholar and among them the three volumes of popular Astronomy on which Academician Babinet made the following judgment in the Revue des Deux-Mondes; "Among the scientific conquests of the year 1857, it is necessary to count the popular astronomy, of François Arago, published by Mr. J.-A. Barral. This book, which was unpublished, in part, offers something new, and I am amazed at the quantity of materials it contains. There are writers whose reputation is such that we can hardly add to it by praise. From then on, there is little talk of it, and it is an unfavorable circumstance that this silence, even when it comes from admiration. Popular astronomy contains so many original applications of the principles of optics to celestial phenomena, that the author has made a really new book on data formerly treated by several others before him. He did not shrink from any question. What we do not usually know is that Arago did not borrow from anyone. It was hard for me to persuade Mr. Struve of St. Petersburg. We are astonished by all the perspectives that open up to the reading of such an original composition. This work will be usefully read and meditated by scholars, as by the people of the world who, forced to believe on word, want at least a guarantee in the competence of the author whom they take for authority without control. So I will say to the public who do me the honor to consult me: Read Arago's Popular Astronomy. - I just read it. - Well! Read it! "

It is interesting to add that this beautiful treatise, understandable for everyone, had been professed in part before being written by the author. Recall in this regard the process used by Arago to be heard and understand listeners, that his clear and ardent word attracted crowds at the public astronomy course he had created at the Observatoire de Paris. When he opened his lesson, his first care was to quickly go through the large assembly which filled the amphitheater, he sought among the persons present those whose countenance indicated the least cultivated spirit. He chose the most dazed face, a sign of a closed intelligence. It was for that one that Arago was talking. When the great astronomer saw that his privileged listener followed him without difficulty, he was satisfied, he continued his presentation, not leaving from his deep gaze the individual who remained as fascinated. But if he saw that a hint of boredom was coming to take away his patient, he redoubled his efforts and tried to bring back the distracted listener to the attention. Also, one morning, during his lunch, Arago was able to say to my father: "My course this year, my dear Barrai, will be the best I have ever done. I discovered in my audience a perfect fool and I managed to interest him. "At the same moment, the maid who served at the table, announced that a visitor insisted on entering. Arago, accustomed to unforeseen requests, gave the order to let in the stranger, who said at once: "I have wished to express to you verbally all my admiration for your course this winter; but why, Mr. Arago, have you stared at me all the time? "My father had to leave the room so as not to choke with laughter.

Arago was raised in Estagel, his native village, and in Perpignan, where he studied at the college. The first, erected in 1864, is due to the munificence of Isaac Pereire, deputy of the department of Pyrénées-Orientales to the Legislature at that time. The second was erected in 1888, by public subscription. A third statue will soon be dedicated to him in Paris, where a large boulevard on the left bank of the Seine and a municipal school bear his name. This monument will be placed in the gardens of the National Observatory, in the center of one of the lined Alleys of the Meridian, and not far from the roundabout where Barrai and Bixio executed, in 1850, their aerostatic ascents, under the supervision of Arago himself. It was one of the favorite walks of the famous scientist.

The portrait we chose for our book was made from nature in 1836. Arago was then 50 years old. He was in all the force of genius as well as his deep look and full of flames indicates it.