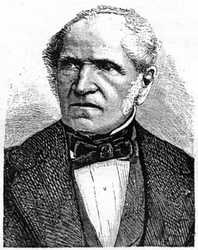 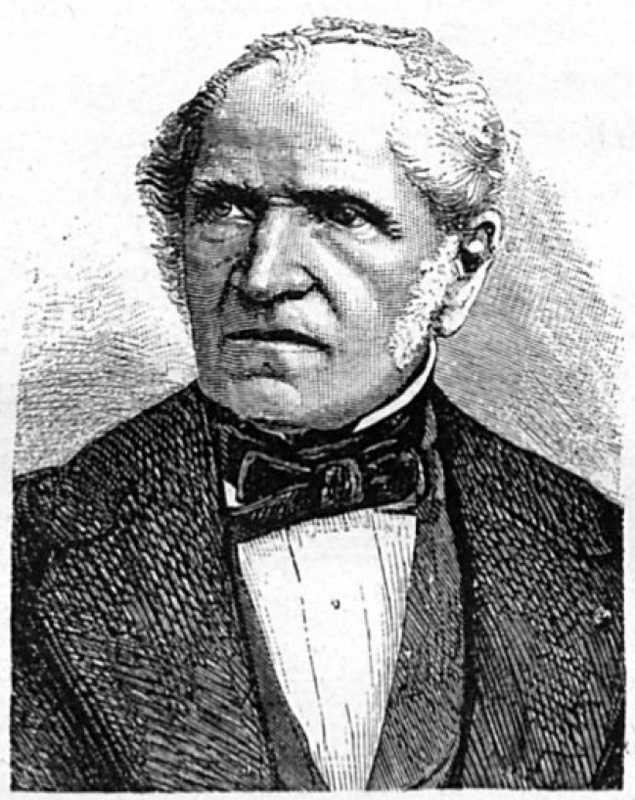 Michel Chasles is one of 72 scientists whose name is on the first floor of the Eiffel Tower. He is the 11th, on the face facing North.

Michel Chasles, geometer, was born on November 15, 1793, in Epernon, chief town of canton of the current department of Eure-et-Loir. He died in Paris, on December 18, 1880. He entered the Ecole polytechnique in 1812 and graduated in 1811. Successively engineer, stockbroker, professor, he never stopped cultivating the mathematical sciences and especially geometry, that it has enriched a host of new and important theorems. First, we see it dealing with the transformation of the circle and the sphere into ellipses and ellipsoids, by the reduction, in a constant ratio, of their ordinates counted from a diameter or a diametral plane. By this method he succeeds in extending the results acquired by his predecessors on the envelope of the sphere tangent to three others, in the case of similar ellipsoids only placed. He then devotes himself to research on confocal conic sections, on stereographic perspectives. From 1830 he collaborated actively in the Mathematical and Physical Correspondence of Belgium. In 1837, under the auspices of the Royal Academy of Sciences in Brussels, he published his historical overview of the origin and development of methods in geometry, followed by two memoirs on duality and homography.

It is from this time that we must date the reputation of Michel Chasles. Until 1852, he continues to produce original works on curves and surfaces, geodesic lines. So he composes his upper geometry. It puts the height of its fame and places it among the number of original mathematicians of modern times. In 18G5, the Royal Society of London awarded him the Copley Medal, the highest honorary reward that England could give to the most deserving scientist in the universe.

A great lover of autographs and old manuscripts, Michel Chasles believed, for a moment, to be in possession of Pascal's authentic memoirs which aimed at nothing less than showing that the discovery of attraction did not belong to Newton. but to the immortal author of the Pensées. But these documents were recognized apocryphal and Michel Chasles, driven by his patriotism, had forgotten to apply all the mathematical rigor in the examination of these pieces, indeed, wonderfully counterfeit.

Michel Chasles has shown with rare happiness and great power that the same mysterious and close bond unites and brings together all the mathematical truths. He has never abandoned geometry, and in one of the highest and most difficult theories of integral calculus, he owes elegant theorems admired by analysts. He added to the mechanics a classic chapter on the displacement of solid bodies. He has encountered in the theory of attraction the beautiful solutions that have renewed the theory of static electricity. His work on ellipsoids, praised and praised by Poinsot, had the good fortune to excite between mathematicians and pure geometers a fruitful emulation, to the great benefit of science.

Gauthier-Villars et fils has published its Traité de géométrie supérieure, its Treatise on Conic Sections, of which it is the continuation, and its Historical Overview on the Origin and Development of Methods in Geometry, particularly those related to modern geometry. This last work is followed by a memory of geometry on two general principles of science: duality and homography.

M. Joseph Bertrand, Perpetual Secretary of the Academy of Sciences, pronounced at the funeral of Michel Chasles, a very beautiful speech, which is equivalent to a historical eulogy. The above portrait was taken from a photograph taken in 1875. Michel Chasles was then 81 years old.