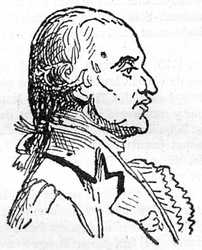 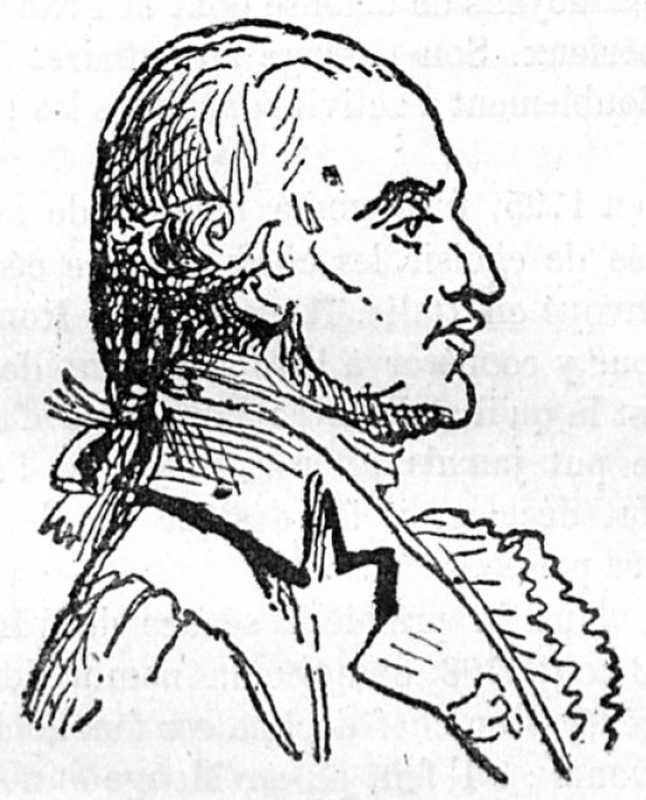 Gaspard Monge is one of 72 scientists whose name is on the first floor of the Eiffel Tower. He is 18th, on the face turned to the South.

Gaspard Monge, a surveyor, was born at Beaune, in Burgundy, in 1746. He died in Paris on July 18, 1818. His father was a little itinerant cutler merchant, who made all the sacrifices to put his three sons in college. little town he lived in. The eldest, the one who was to become the great Monge, was, from the beginning, an elite subject. He won first prizes in all faculties; his masters found a particular pleasure in inscribing, beside his name, the somewhat mannered formula of the schools of that time: Puer aureus. This expression meant: Child comparable to gold, that is to say pupil disintegrated. At the age of fourteen he executed a fire-pump, the effects of which were admired by the most educated. "How," said he, "have you been able, without a guide or a model, to bring such an enterprise to a successful conclusion?" "I had," replied he, "two means of infallible success, an invincible tenacity and fingers. which translated my thought with geometric fidelity. "

Gaspard Monge passed through the Military School of Mézières, first as a pupil, then as a teacher and teacher. It was there that he began his immortal labors touching the descriptive geometry he created. In 1794 he was appointed to the Ecole Normale to profess transcendental analysis. He did it so brilliantly that one day Lagrange, who had attended one of his lessons full of new ideas, said to him: "You have come, my dear colleague, to expose very elegant things, I would like to have them doing. " In 1777, Monge married in a curious way. Having met with a friend of Rocroy's, a twenty-year-old widow, Horbon, he became deeply enamored of it. He asked his hand directly, without taking the trouble to resort, according to custom, to the intermediary of a third party. Mr Horbon hesitated to answer in the affirmative, his first husband, master of ironworks, having left him the trouble of a complicated liquidation. "Do not stop, Madam, with such trifles," said Monge, "I have solved problems in my life that are far more difficult, and do not worry about my lack of fortune, the sciences will do it." The marriage took place and this union was always cloudless. In 1783, Monge entered the Academy of Sciences in place of Bezout, and until 1789 he devoted himself to mathematics and meteorological research. When the Revolution broke out in July, he embraced with enthusiasm the ideas of regeneration proclaimed by the Constituent Assembly. He was appointed Minister of the Navy on the 10th of August, 1792. He took the most active part in the creation of the defenses with which France had a compelling need. His transition to business was signaled by a doubling of activity in all seaports.

Monge, in 1795, was appointed a member of the commission charged with choosing the masterpieces ceded by the Pope and sent to Italy. He returned to Rome the following year to cooperate in the establishment of the Republic. It was there that he united with Bonaparte with a friendship which nothing could ever alter, and when the expedition to Egypt was decided, he was appointed one of the first to join it.

When, at the first meeting of the Cairo Institute, August 23, 1798, the appointment of the president was called, the general-in-chief declined these functions in the following terms: "We must place Monge and not me at the head of Institute, it will appear in Europe much more reasonable. " Monge became the soul of all scientific research. It was he who found the explanation of the mirage, a phenomenon totally unknown until then in Europe, and which, presenting to the eyes of the exhausted soldiers and dying of thirst, the vain appearance of a sheet of water leaking as they approached, misled them away from the columns and caused the death of many of them. He explored the ruins of Pelusium, whose name he later received as a title of nobility. On his return to France, he devoted his time to putting in order all the documents reported, and he resumed his functions at the polytechnic school which he particularly loved and whose foundation he had taken the most important part. "I have four passions," he said often: "Geometry, the Ecole Polytechnique, Bonaparte and Berthollet!"

The city of Beaune raised a statue in Monge in 1849, and the city of Paris gave its name to one of the main arteries of the left bank of the Seine. His portrait was made after a drawing executed by Louis-Leopold Boilly in 1797, when Monge was minister of the navy.