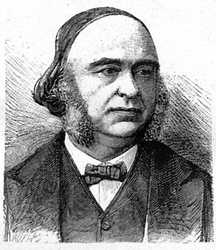 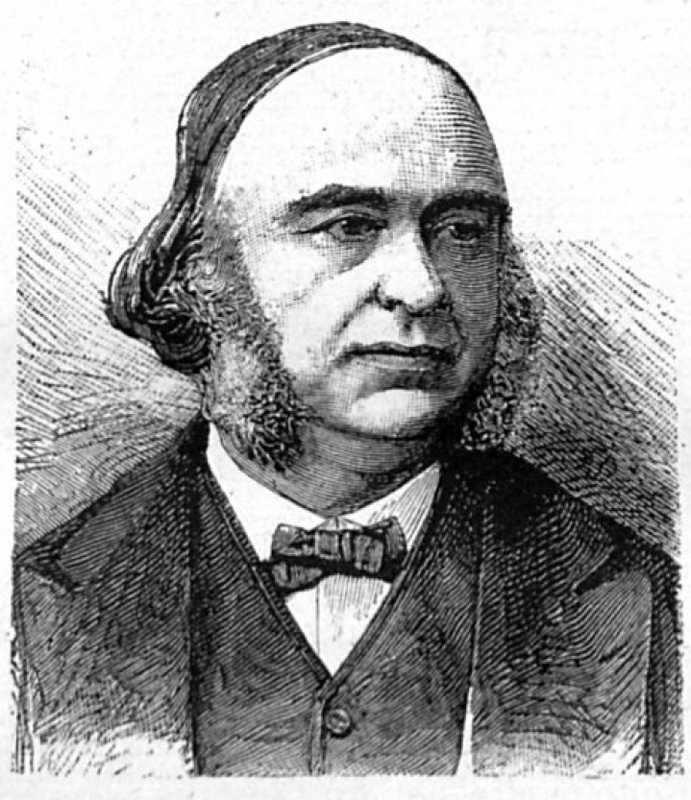 Paul de Broca is one of 72 scientists whose name is on the first floor of the Eiffel Tower. He is the 11th, on the face facing east.

Paul Broca, surgeon and anthropologist, was born in Sainte-Foy-la-Grande (Gironde), in 1821. He died in Paris, July 8, 1880. Appointed professor of pathology; He was a surgeon at the Faculty of Medicine, a surgeon at the Saint-Antoine and Pitié hospitals, a man of great skill and endowed with many resources in his mind. He nevertheless illustrated his name, more as a scholar than as a practitioner. He is the founder of the Modern Anthropological School and the creator of the Anthropology Society, which aims to study all the questions pertaining to the natural history of man, his origin, his transformations through the ages and revolutions of the globe. In the last days of his life, the brain was especially the object of his studies of predilection. He was preparing an extensive monograph on the morphology of this organ, when he succumbed to the rupture of an aneurysm, an affection for the study and treatment of which he had published very remarkable researches.

Paul Broca is the author of many books, among which are his Studies on Resuscitating Animals, his Memoirs on Animal and Human Hybridity, his General Instructions for Anthropological Research, his Craniology and Cranometry, his History of the World. order of the primates, his researches on the cranio-cerebral topography, on the orbital index, the orbital-occipital angle, etc.

Broca has spread over many works, the evolution of which has been very profitable to the progress of the human mind. As early as 1857, he published a book on Futility of Statistics in Medicine and Therapeutics. He had made a good use of this science in his famous treatise on aneurisms. He enjoyed it more and more in the course of his life. His researches on the so-called degeneration of age, on the mortality of infants, show that if he estimated the statistics, it was not only on his reputation, it was to practice it on his own. He said of her in excellent terms: "Statistics are the anatomy and physiology of the social body, without which we embrace only small groups, our judgments are only impressions, and when these impressions do not do not deceive us, they only make us know imperfectly facts which are only partial and whose laws escape us. "

It was in 1861 that Broca began his admirable research on the brain. In four successive memoirs he explained why, in spite of the fall of the phrenological system of Gall, he believes that the brain is not, as many thought then, an undivided organ in which the different faculties have no determined seat. He, on the contrary, issued this doctrine, that the fundamental convolutions of the cerebral hemispheres are distinct organs, each having particular functions. A little later, he came to see that the whole of the cerebral convolutions does not constitute a single organ, but several organs or several groups of organs, and that there are in the brain large separate regions corresponding to the large areas of the mind.

He was then concerned to distinguish these great brain regions and how to recognize their correspondence to the major regions of the mind. He indicated the method to be followed and engaged successfully. In August, 1861, he gave the autopsy of a man who had lost the faculty of language for twenty-one years. The brain of this individual was profoundly affected by softening, the final cause of death. However, by a delicate analysis, Broca was led to believe that the original seat of the alteration was in the posterior half of the third left frontal convolution. Successive facts corroborated this assessment, and the new doctrine, recognized at first sight by Broca, was ratified by experimentation and universally accepted.

On February 5, 1880, Broca was elected senator for life. It was a tribute made by politics to science. His friends and his disciples, numbering three hundred, gathered in a banquet to celebrate this election. Broca spoke up and said, "My friends, I am too happy, I have devoted my life to medicine and anthropology, and medicine and anthropology have filled me in. Yes, I am too happy. If I were superstitious, I would look at my appointment to the Senate as the presage of some great misfortune, perhaps as an omen of death! " A few months later, Broca succumbed suddenly, without there being any more than a fatal concomitance of accidents and without the superstition having anything to do with it. Broca was also his implacable adversary, because she is the enemy of the truth and it is a veil that men love to cover themselves with.