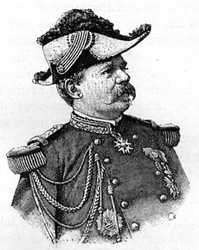 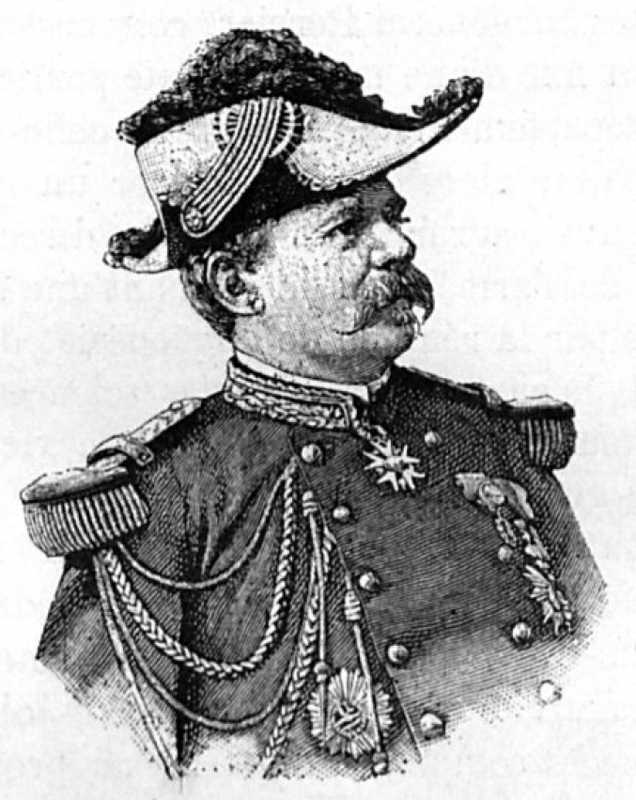 François Perrier is one of the 72 scientists whose name is inscribed on the first floor of the Eiffel Tower. He is 17th, on the east facing side.

General François Perrier, geographer and mathematician, member of the Academy of Sciences from January 5, 1880, replacing M. de Tessan, in the section of geography and navigation, was born on April 18, 1833, in Valleraugue ( Gard), where his compatriots raised a monument to his memory. He died in Montpellier on February 19, 1888. Director of the Geographical Service at the Ministry of War, he was rightly regarded as the restorer of French Geodesy and its most eminent representative abroad. He had studied at the Lycée de Nimes and then at Saint-Barbe College, where he was a pupil of Barral, at the same time as M. Eiffel. He entered the Ecole polytechnique in 1853, to leave it staff officer. Lieutenant in 1857, he was captain in 1860, squadron leader in 1874, lieutenant-colonel in 1879 and brigadier general in 1887.

Among the most important works of General Perrier, it is necessary to quote the beautiful geodesic operation which unites Spain with Algeria, over the Mediterranean, by passing through France an arc of the meridian extending from the North of the England to the Sahara, that is to say, an arc which exceeds in extent the largest arcs measured hitherto.

The success of this operation was complete. She struck all the spirits and made the name of Perrier popular. This remarkable success had been prepared by long works on the triangulation, the leveling of Corsica and its attachment to the continent; on the beautiful operations carried out in Algeria which required fifteen years of effort and which led to the measurement of an arc of parallel of nearly 10 degrees of extent, offering a particular interest for the study of the earth; on the revision of the meridian of France, inaugurated by Borda, Delambre and Méchain in 1792 and continued by Arago and Biot in 1806. General Perrier skilfully used, for this great work, all the progress made since the beginning of the century in the construction of instruments and in the methods of observation and calculation.

The merits of General Perrier, as a military scientist, had fixed in a very special way the attention of the War Department and that of General Boulanger, who, then minister, with a great patriotic sense, had enlarged his post of director of the geography of the army, giving it considerable importance by the union of geodesy, topography and cartography, all sciences which, well studied in peacetime, prepare the victory for the time of war.

It should be added that in 1882, General Perrier had been sent to assist in Florida, in the South-East of the United States, the passage of the planet Venus. Thanks to his activity and his skill, his observations were a complete success and served astronomical progress.

The portrait above depicts François Perrier in the costume of a brigadier general at the beginning of 1887, when he had just been promoted to this rank. As for General Morin, General Perrier's military services are mainly scientific services. It is no less great because of that.