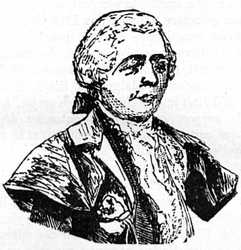 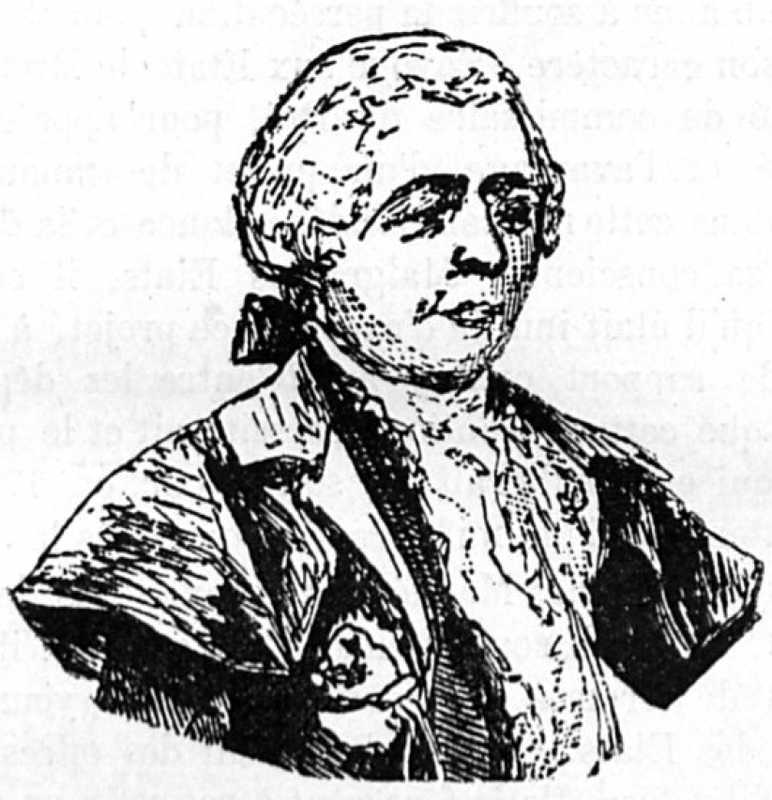 Charles Coulomb is one of 72 scientists whose name is inscribed on the first floor of the Eiffel Tower. He is the eighth, on the face turned to the South.

Charles-Augustin de Coulomb, a physicist, was born at Angouleme, on June 14, 1730. He died in Paris on August 23, 1800. After having studied brilliantly in the capital, he entered the military engineering, and was sent to the Martinique. He presided at the construction of Fort Bourbon, and, returning to France, he devoted himself more specifically to physics research. Thus he made himself known by his experiments on the friction and the stiffness of the strings. He won several prizes from the Academy of Sciences, which opened its doors unanimously in 1782, and Louis XVI gave him the Knight's Cross of St. Louis. In 1795, he was admitted to the Institute, when it was founded, and was appointed a few years later, by Napoleon, Inspector General of the University and Knight of the Legion of Honor.

Coulomb is responsible for the laws which preside over magnetic attractions and repulsions which vary in inverse proportion to the square of the distance, as well as attractions and electrical repulsions. He has shown that the latter, for the same distance, are proportional to the products of the two quantities of electricity. To make this demonstration, he created the torsion balance, to which he owes his reputation above all. He invented this instrument as a result of experiments on the elasticity of metal wires. These studies showed him that these threads were all the more resistant to torsion, that they were twisted more, provided, however, that this effect did not go so far as to alter their molecular structure. The resistance of these wires being very weak, he had the idea of ​​using them as a scale to measure the smallest forces of magnetism and electricity. For this purpose, he suspended at the end of a wire a long horizontal needle. This needle being at rest, if it suddenly departs a certain number of degrees from its natural position, twists the wire which holds it suspended, and the oscillations which this makes it feel give by their entrance the means to evaluate the amount of the disruptive force.

It was with the aid of this ingenious instrument that Coulomb undertook a series of researches on the distribution of electricity and magnetism, the results of which contributed to definitively establishing his scientific renown.

Coulomb had to suffer persecution for the frankness of his character. Sent to the States of Brittany, as commissioner of the King, to appreciate the possibility and the advantage of a canal project, he showed in this mission the independence and delicacy of his conscience. In spite of the States, he maintained the opinion that it was useless to execute this project, because of the little relation which existed between the enormous expenses which this execution would require and the few services which would result from it. On his return in 1779, the discontent of a minister sent him to the prison of the Abbey in Paris. Mandated a second time for the same purpose, Coulomb still supported his opinion; he did it so firmly that he finally opened his eyes to the members of the States. They offered him brilliant offers, which he refused. They forced him to receive at least one very beautiful watch with the arms of the province of Brittany. Thus he left to his sons, said Delambre, only a respected name, the example of his virtues, and the memory of the brilliant services rendered to science. But of fortune, point.

The works of Coulomb are recorded in the Memoirs of the Academy of Sciences, from 1781. In 1779, he published a book with figures entitled: Research on the means to practice underwater all kinds of hydraulic works without use no exhaustion.

The Congress of the electricians in 1881, gave the name of Coulomb to the electric unit chosen to represent the quantity of electricity that can debit during a second a current of an intensity of an ampere. The name coulombmeter has also been called an electricity meter used to record the quantity flowing in a constant potential electrical pipeline.

Coulomb's portraits are extremely rare and defective. It was taken from a sketch executed in Brittany, in 1778, at the time of the mission of this great physicist to the government of that province. Despite its mediocrity, it is a valuable document because of its rarity.