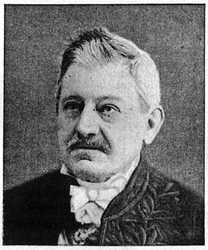 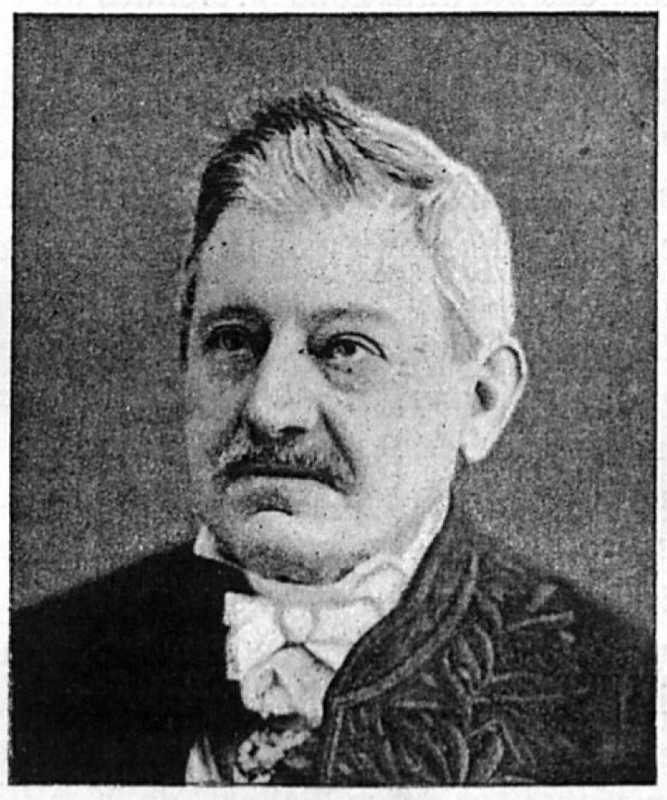 Henri-Edouard Tresca is one of 72 scientists whose name is inscribed on the first floor of the Eiffel Tower. He is the 3rd, on the face facing North.

Henri-Edouard Tresca, engineer and mechanic, was born in Dunkerke (North) on October 12, 1814. He died in Paris on June 21, 1885. Admitted in 1832 to the School of Saint-Cyr, he did not enter, and prepared for the Ecole Polytechnique, where he was received in 1833. He came out of it as a student-engineer of bridges and roads. But he did not stay long in this career. Appointed in 1835, he resigned in 1841 to freely pursue the profession of civil engineer. He began with the construction of two plants for the production of stearic acid and the distillation of mineral oils, finding, on the way, a new way of extracting oils and imagining a portable hydraulic cylinder that he proposed to apply to the weighing cars on the roads.

In 1850, he was appointed engineer in charge of classifying French products at the London World's Fair. His activity and extensive knowledge drew attention to him. In 1852, he entered the Conservatory of Arts and Crafts, to which he devoted the rest of his life. In 1854 he succeeded General Morin in the chair of mechanics. He was also appointed at that time inspector of the Schools of Arts and Crafts of France. Invested in this function at a time when she had nothing enviable, he had to go to the South, where cholera raged violently. He was in Aix, capital of Provence, usually so lively, so exuberant. Everything was plunged in a gloomy silence; the deserted streets were traversed only by funereal convoys. At the hotel, at the table, he was lonely. A guest, however, had to join him in the evening. He was one of the teachers at the school he had just inspected. But he missed the rendezvous, struck by a cholera attack in the school itself. Tresca goes immediately, fires her and stays alone, attached to her duty.

From this year, the name of Tresca has grown steadily through the courses of mechanics he is responsible for professing at the Central School of Arts and Manufactures and the Agricultural Institute, by the creation of the Annals of Conservatoire and his numerous, varied, theoretical and applied studies, with great audacity, but perfect accuracy, on what he called the flow of solids.

He displayed prodigies of skill to discover experimentally the laws of these phenomena. He managed to penetrate the interior of the ductile material, to introduce into it clouds of scouts, which gave him a faithful account of the profound modifications which determined the colossal pressures to which he subjected it.

Tresca has exposed the conclusions of this bold theory in its memory capital on the punching of metals. Noting that the deformation of these bodies comprises three periods, that of perfect elasticity, studied notably by Navier and Cauchy, then that of imperfect elasticity or partially permanent deformation, and finally that of plasticity, including rolling, forging, stamping, etc., he saw in this last period that expressively he also calls fluidity, where the elasticity is as defeated, as the effort to be exerted normally through any inner face, to produce a small extension or compression normal of a given proportion, is of the same intensity as the shear force to be exerted tangentially to this small face to produce a relative slip of the same proportion or measure. This is the presentation of the new theoretical principle of the equality of two normal and tangential plastic deformation coefficients proposed by Tresca's profound scientific mind.

Tresca has reported services to the meter and unification committees of the hour. It is he who proposed the form definitively adopted for the standard meters to be distributed to all nations. It provides, at equal weight, a resistance twenty-five times greater than the old model of our archives, which makes, as Tresca liked to say, that it was possible to strike with his meter without altering it. His works, memoirs, notes, reports, and lectures were collected, put in order, and published in eleven volumes by his sons MM. Alfred, Edouard and Gustave Tresca, in March 1889, and offered at that time to the Academy of Sciences, of which he was a member, by the worthy children of this great and modest scientist.

The portrait of Tresca was executed on a photograph communicated by his family. She represents him in academician's costume, covered with the many decorations sent by all governments to reward him for the many discoveries accomplished in the theoretical and practical field of science.