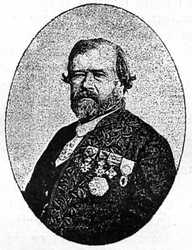 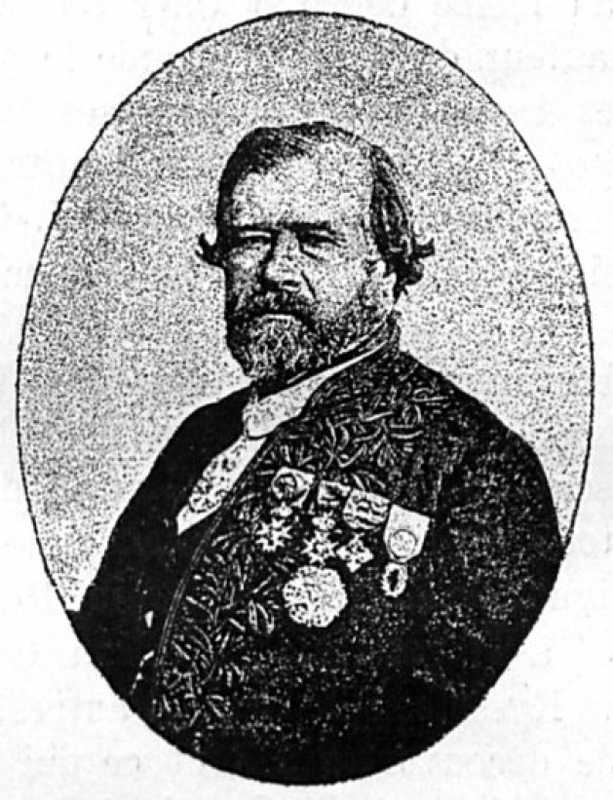 Jules Jamin is one of the 72 scientists whose name is inscribed on the first floor of the Eiffel Tower. He is the first, on the face facing east.

Jules Jamin, physicist, was born on May 31, 1818, in the village of Termes (Ardennes); he died on February 13, 1886 in Paris. A brilliant pupil of the college of Reims, he won in August 1838 nine prizes and the honorary prize of sciences, in the general competition which took place that year between the lycées of Paris and those of the departments. In the following October, he was first received at the Ecole Normale Supérieure, and three years later, in 1841, he was the first associate of the Physical Sciences and was sent as a teacher to Caen. At the end of two years he was called to Paris at Bourbon College, now Lycée Condorcet. In 1844 he became a teacher at the Lycee Louis-le-Grand, where he continued his work begun in Caen, and in 1847 he was able to get a doctorate in physical sciences with a thesis that became classic on the reflection of light and the surface of the metals.

The precision, the elegance and the solidity of his teaching, the value of his scientific works designated him for a chair of higher education. In 1852 he was appointed professor of physics at the Ecole Polytechnique. In 1863 he was called to the Faculty of Sciences of Paris, where, until the last day, he attracted a large audience eager to hear him. It was in these two chairs of the Ecole Polytechnique and the Sorbonne that he exhibited his admirable exhibition talent, his incomparable ability to simplify the most difficult questions. The lectures which he made for several years in a row, for the Scientific Association, on new inventions due to electricity, attracted the crowd, who could admire this clear and easy eloquence, which must be called the eloquence of sciences, and of which some privileged men, like Arago, Claude Bernard, Barral, the doctor Pajot, Perdonnet, were the models.

In his work, Jamin has embraced the most varied topics. His research of optics, magnetism, electricity; his studies on the compressibility of liquids, on capillarity, hygrometry, specific heats, critical points of gas, colored rings; his inventions concerning electric light, the interferences of reflected light, and the negative elliptical polarization of fluorite, etc., attest to the originality and flexibility of his mind.

Jamin loved music and letters. He was a clever painter. Accustomed to getting up early in the morning, he drew and painted, and on Sundays he went to the Louvre to study the works of the masters. His family keeps many of his paintings, and the church of Termes has a painting of his composition. He used to say: "If artists and scholars remember a little more that they are subject to this need to observe the optical appearances of natural objects, they would combine, to enjoy separately, a large series of facts interesting them to the same degree. " In him, the literary was at the level of the scientist, as proved, apart from his lessons, his speeches, his praises and his general treatise on physics. He had entered the Academy of Sciences in 1868, and at the death of JB Dumas he had been appointed to succeed him as perpetual secretary.

Jamin has done much to spread the taste for research in the vast field of electricity, and to popularize the admirable applications due to the practical genius of all those inventors who, like Gustave Trouvé, Radiguet, Meritens, Chardin, Planté, Gadot, at home, and abroad, the Edison, Graham Bell, Gramme, Van Rysselberghe and a thousand others, have extended their discoveries to all that concerns the fine arts as well as the industry, military art, nautical and aerial navigation, therapy, surgery, domestic use. The subject seems inexhaustible and the future holds many surprises for future generations.

The physics course taught at the Ecole polytechnique by Jamin was published by Gauthier-Villars et fils in four large volumes. The portrait of this site represents him in academician's costume. It was executed on a photograph given to my father by Jamin himself, in 1879.