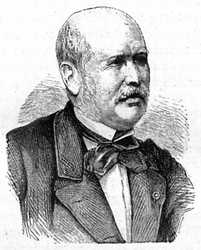 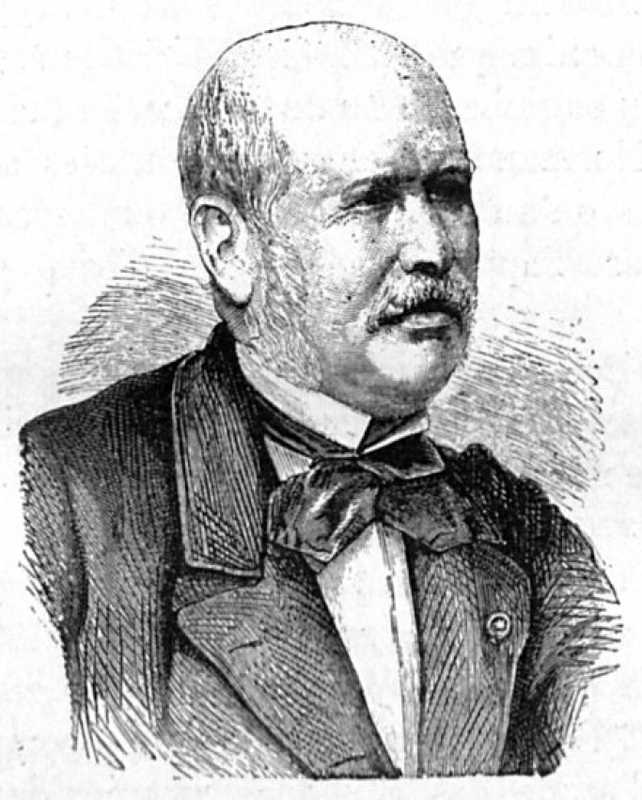 Eugène Belgrand is one of 72 scientists whose name is inscribed on the first floor of the Eiffel Tower. He is the 2nd, on the face facing east.

Eugène Belgrand, an engineer, was born in Champigny-sur-Ource (Côte-d'Or), on April 23, 1810. He died in Paris on March 7, 1878. He entered the Ecole polytechnique at the age of sixteen years to come out as a student of bridges and roads in 1828. He was attached early to the service of the department of the Seine and responsible for the direction of water and sewers of the city of Paris. It is to him that the capital owes its admirable system of cloaca maocima pouring into the main sewer of Asnières, and presenting a set of gigantic works beautifully designed and executed. It is he who has directed the diversion work of the Vanne to provide Paris with drinking water, and who presided over the construction of the immense basin of Montsouris.

At the moment when death seized him, this indefatigable worker was preparing the completion of the sewer system. This operation required an additional expense of 40 million. To facilitate this venture, its goal was to propose the transformation of the drain, removing the fixed or mobile pits and the pestilential road of Bondy, to throw everything directly to the sewer. Belgrand also wanted to impose all the owners the subscription to the waters of the city. It is also to Eugène Belgrand that Paris owes its system of distribution of pure water to all floors of houses. In April 1854, M. Haussmann, prefect of the Seine, commissioned him to make a study of the sources which could be derived towards the capital. According to the program laid out, the water must be clear and cool, and it must arrive in the reservoirs at a height of 53 meters above the upper level of the river, and provide a volume of 80,000 cubic meters per 24 hours.

Belgrand set to work basing his system on a principle whose study has demonstrated accuracy. He admitted that, throughout the whole extent of the same homogeneous geological formation, the chemical composition of the dissolving matters must, so to speak, not vary. According to him, in all the extent of the white chalk, in Champagne, spring water should be of the same quality; it must be the same in the gypsiferous lands of Brie, and so on. It was therefore sufficient to carry out the analysis of a certain number of water samples from each geological formation, in order to know the composition of all the water sources which were there.

In this way, Belgrand has fixed the classification of the rivers of the Seine basin in terms of their chemical composition, and has divided the network into eight regions, which include the Ile de France, Brie, Champagne, Normandy. All these countries will subsequently be put into operation as it is necessary to increase the supply of drinking water in Paris.

Eugène Belgrand has published books that attest to both science and scholarship. It is necessary to quote on the front line: The Seine and the Parisian basin at pre-historic ages (1869, 1 volume with 79 boards); The underground works of Paris, the regime of rain, springs, running waters (1873 and 1875); The Roman aqueduct of Sens; The ancient waters of Paris (1877). This last publication includes the history and the study of the Roman aqueducts of Chaillot and Arcueil, and continues until the description of pumps and machines in Seine of the eighteenth century.

Eugène Belgrand belonged to the Academy of Sciences, as a free member. His eulogy was pronounced by Mr. Joseph Bertrand, one of the two perpetual secretaries, in the annual public session of December 21, 1879. The previous year, Mr. Mille, retired general engineer of the bridges and roads, had published in the Revue scientifique, a study of its work. One of the streets of Paris, on the right bank of the Seine, bears his name. The portrait that represents it, above, was made from a photograph taken in 1872.