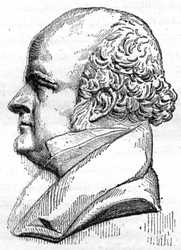 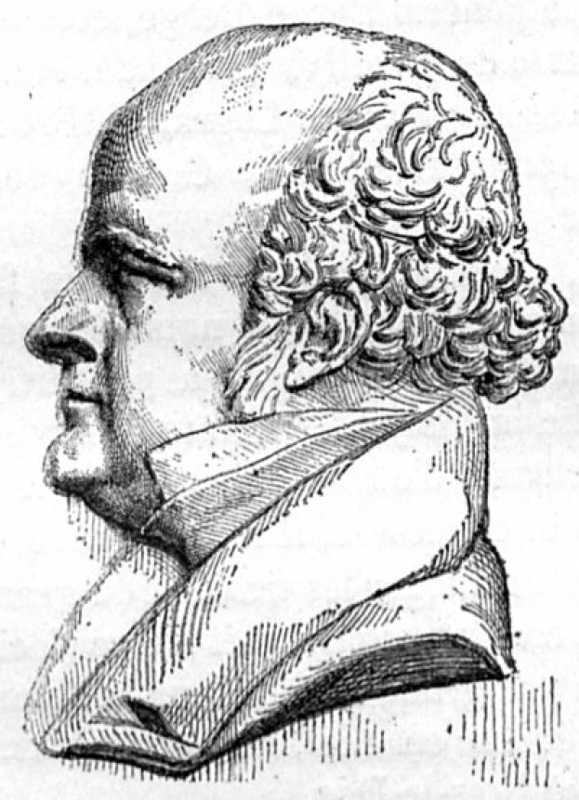 Louis Jousselin is one of the 72 scientists whose name is inscribed on the first floor of the Eiffel Tower. He is the first, on the face facing east.

Louis-Didier Jousselin, engineer, was born in Blois on April 1, 1776. He died in Vienne-en-Val (Loiret) on December 3, 1858, at the age of 82 years. Brought up in a family which was actively involved in the great political events of the end of the eighteenth century, he was able to cross, not without danger, the revolutionary turmoil and continue, in the midst of the agitation of the country, strong studies which were to ensure the success of his brilliant and useful career. The law of 7 Vendemiaire Year III (September 28, 1791) decreed the creation in Paris of the Central School of Public Works which, on May 5, 1799, was to take the definitive name of Ecole polytechnique, called to become so famous around the world. Jousselin brilliantly passed the contest and was part of the first promotion, the foundation promotion, as it is called. Among the 440 pupils who formed it were Biot, Lancret, Malus, Francoeur, Poinsot, Brochant de Villiers, Chabrol Volvic, Jomard, Rohault de Fleury, Baron Walckenaer, General Baron Berge, Count of St. Aulaire, Auguste de Wailly, Lamande, etc. Early teachers include Lagrange, Prony, Monge, Hachette, Chaptal, Berthollet, Guyton de Morveau, Vauquelin, and others.

When he came out two years later, Jousselin was admitted to the Ecole des Ponts et Chaussées and was appointed ordinary engineer. He began with Dieppe, passed through Vitry-le-François, where he studied an important project of navigation of the Veyle, by Orleans, where, by general decree of the director of the bridges and roads, he was sent on May 6, 1808 to Maestricht to direct the work of the Grand Canal du Nord, whose construction had just been decided. He was then promoted to the rank of ordinary engineer, acting as chief engineer, in the department of Bouches-du-Rhin at Bois-le-Duc.

The activity and energy brought by Jousselin in the direction of the difficult service of the work of these frontier departments, made it pass in the department of Bouches-de-l'Elbe, in Hamburg, on June 6, 1810. There, he participated to the defense of the place, during the memorable siege supported by Marshal Davout, Prince of Eckmiihl, against the Russian army. He presided at the construction of an immense bridge, cast in a hundred and twenty days at the mouth of the Elbe, over a length of three kilometers; which allowed the supply of the city by the place of Harbourg, located on the other side of the river. This bold work saved the situation. The Russian army was obliged to raise the siege in the first days of March 1815. At the hundred days, Marshal Davout, proposing for Jousselin an exceptional reward, wrote to Napoleon: "It is to the chief engineer Jousselin that we must, with the twenty-five thousand men we commanded, not to have been dragged as prisoners in Siberia. " In the memoirs so interesting to Marshal Davout, put in order by his daughter, the Marquise de Blocqueville, we frequently find the memory of the services rendered by Jousselin at Hamburg. On March 4, 1815, he was appointed Divisional Inspector of the Corps des Ponts et Chaussées. He was only 39 years old. This is the only example of an engineer promoted so young to the rank of Inspector General. Dismissed at the return of the Bourbons, Jousselin was replaced as chief engineer later in Orleans and Nevers where he conceived and studied the project of the lateral canal to the Loire; but it was not until 1830 that he was restored to the title and functions of Inspector General of Roads and Bridges.

He rendered great service during his stay at Orleans; he activated the public works there, and became popular in this city to the point where the municipality had to give his name to one of the streets and that he was elected deputy of Orleans in 1831. He was part of the Legislative Chamber until 1835 , in the ranks of the opposition. After a stormy discussion with Casimir Perier, at the tribune, against the humiliating treaties of 1815, he was automatically retired. This measure was unfair and premature. She produced a general feeling of indignation. But politics never makes others!

Jousselin was stout and tall. Morally, he was kind and caring. The above portrait was taken from a collection of figures devoted to all French deputies in 1833. He was then forty-seven years old and he represented the department of Loiret.