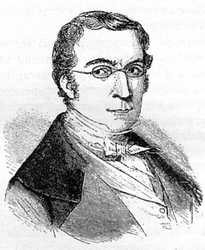 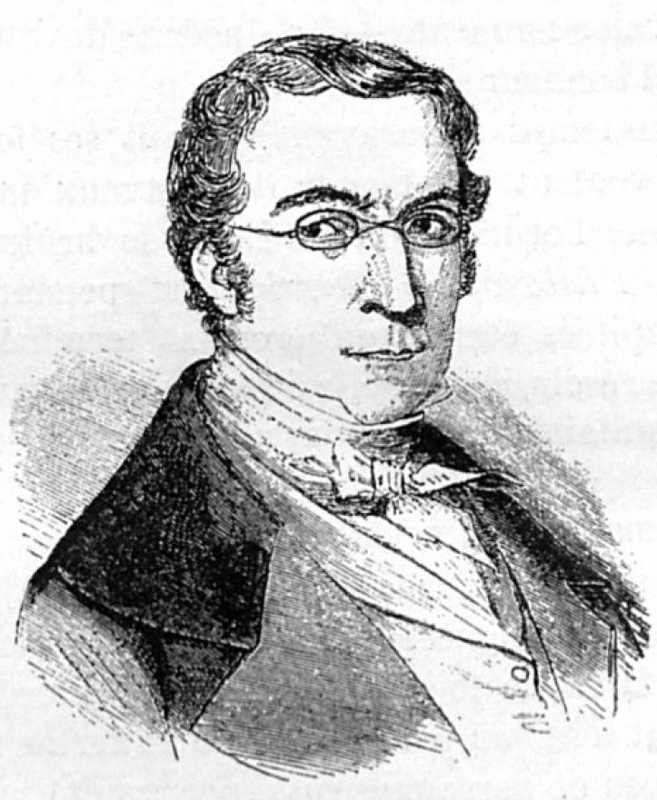 Louis Gay-Lussac is one of 72 scientists whose name is inscribed on the first floor of the Eiffel Tower. He is the 13th on the west facing side.

Auguste Louis Gay-Lussac, the greatest chemist of the nineteenth century with J.-B. Dumas, was born in Saint-Léonard-le-Noblat (Haute-Vienne) on December 6, 1778; he died in Paris on May 9, 1850. His father was the king's attorney and added to his name of Gay that of Lussac, from a land he owned, in order to identify more easily among the many members of his family. The young Gay-Lussac was intended to illustrate this double name, which the Germans were to disguise in such a strange way, when, about 1873, the Prussian government gave the order to translate the names of the streets of all the cities into Teutonic. Alsace-Lorraine. Thus in Mulhouse street Gay-Lussac took the name of the street of Joyeuse-Lussac (Froelich Lussac straai). Since then this fanciful appellation has been rectified on the strong claims of French science.

On leaving the Ecole polytechnique in 1800, with the title of engineer of the bridges and roads, he preferred not to follow this career and he indulged his inclinations for chemistry and physics. Berthollet accepted him as a preparer, and soon afterwards appointed him a repetiteur of the course of Fourcroy. He was not long in making himself known by original works. His first discovery concerns the expansion of gases. On August 2, 1804, he made an important aerostatic ascent with Biot to check the decreases of the magnetic force at great heights. Twenty-three days later, he undertook a new air journey alone. It rose to 7010 meters and found that at this altitude an approximate key of the magnetic needle deviated as on the surface of the ground.

This great height in the air was to be exceeded only 40 years later, on July 27, 1850, by Barral and Bixio who reached 7849, after having to tolerate a temperature of 39 degrees below zero. Gay-Lussac undertook successively researches on the theory of capillarity, oxygenated hydrochloric acid, alcohols, cyanogen, prussic acid, iodine discovered by Courtois; he has set the rules for analyzes of animal and vegetable matter. He has made marked progress in science by the philosophical spirit of his methods of investigation. He was the first to experimentally demonstrate that physics and chemistry must work together. The first, simpler, illuminates the second which is more complex.

Gay-Lussac had made a marriage of love. In 1809 he had fallen in love with a young woman in whose hands he had seen a chemistry book while going out to shop. He was amazed and married her without any fortune. This long union was exceptionally happy. Before dying, Gay-Lussac said to her who had been for him an admirable companion: "Let us love each other until the last moment.-The sincerity of the attachments is the only happiness on earth."

Some time before, seeing his strength diminish, unwilling to leave unfinished business, he had ordered his son Louis to burn a treatise entitled: Chemical Philosophy. However, the first chapters were completely finished. He had made this cruel resolution to his learned heart, because he found that he could not compose the conclusions.

At the supreme moment of leaving life, it was his only regret, although he said: "If it were given me to begin again, I would do in all circumstances what I have done once." How many men would like to speak such a language in the final term, but how few could possibly do so with some probability!

The city of Limoges erected a beautiful statue at Gay-Lussac, on the Place d'Aine, August 11, 1890. It is due to the chisel of the sculptor Aimé Millet. The city of Paris gave its name to a large street on the left bank of the Seine, not far from the Pantheon and the Luxembourg Gardens. The portrait of our book was made on a drawing given by Gay-Lussac himself to my father, in 1847. She represents the great scientist at the age of forty, that is to say during the year 1818.