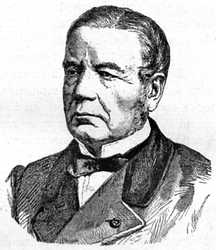 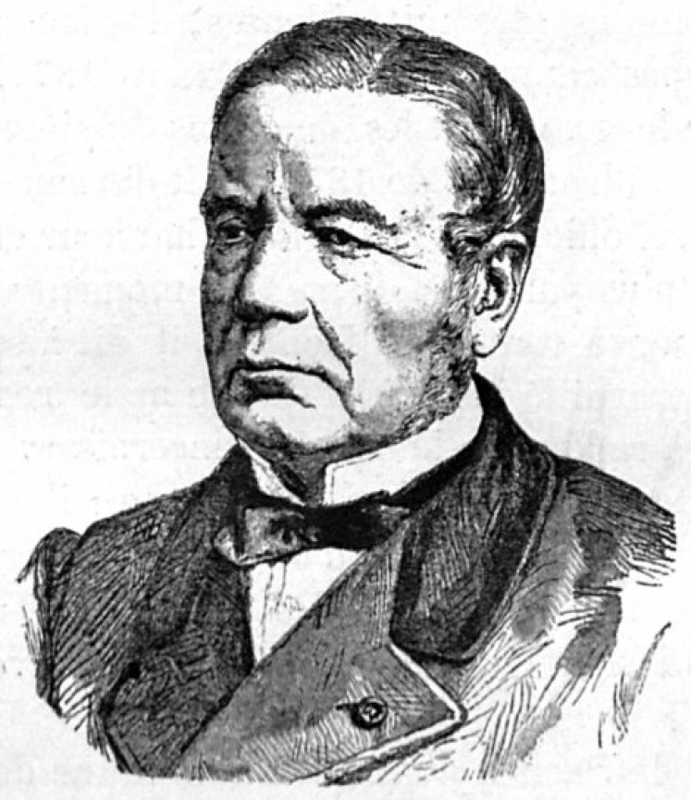 Jean-François Cail is one of the 72 scientists whose name is inscribed on the first floor of the Eiffel Tower. It is the 14th, on the face facing east.

Jean-François Cail, an industrialist, was born at Chef-Boutonne (Deux-Sèvres), on 2 February 1804. He died at Plants, near Ruffëc (Charente), on May 22, 1871. Son of a simple peasant, having received for all instruction some lessons from the schoolmaster of his village, Cail learned the state of boilermaker and came to Paris to improve his craft. He entered the construction house of the chemist Derosne, who was in charge of candy and distillation. He was struck by the rare intelligence of the young man, his activity, his taste for work, his boldness. He hired him first as foreman, then as head of his workshops, and in 1824 he associated with his house the young Cail who had just reached his majority. From this time, the Derosne and Cail factory began to take a considerable extension, taking special care of all the industrial novelties and devoting itself to the construction of alcohol distilling machines, to manufacture sugar, news Tonnellier monetary presses, metal bridges, locomotives, locomobiles, machine tools.

Cail did not hesitate to surround himself with inventors, scientists, and the most skilful engineers, and to seek the advice of Flachat, Seguin, Savalle, Perdonnet, Lamé, & c. The workshops of the house were then on the quay of Billy, on the right bank of the Seine. In September 1805, a fire destroyed them. They were transported on the left bank, in the immense factory of Grenelle, which took and kept the name of Factory Cail. In 1810, Derosne was dead. Left alone, Jean-François-Cail gave full scope to his expansion plans and he successively founded branches of his house in Douai, Valenciennes, Brussels; at the same time, he became the supplier of the equipment of all the great factories which were created abroad, in both worlds and in the French colonies.

In 1870 he did not hesitate to place his establishments in the service of the Government of National Defense. He made guns, armored cars, machine guns, locomotives and gunboats for several months. On March 18, 1871, he sat down, exhausted by the work and emotions of the Paris headquarters. The little Boilermaker of 1815 had become twenty million millionaire, officer of the Legion of Honor and had shown the purest patriotism. At the moment of death, having kept all his faculties, he said to his wife: "I will have worked to the end, I do not regret it, I would do it again". Distinctive character of this learned individuality: he always refused to become a member of an agricultural or industrial society, having a horror of coteries. He led a world on his own. He felt crowded. He did not want to be gone.

The city of Paris gave its name to one of its streets, on the right bank of the Seine. The portrait above was made after an original, communicated by his widow in 1880.