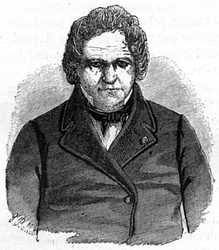 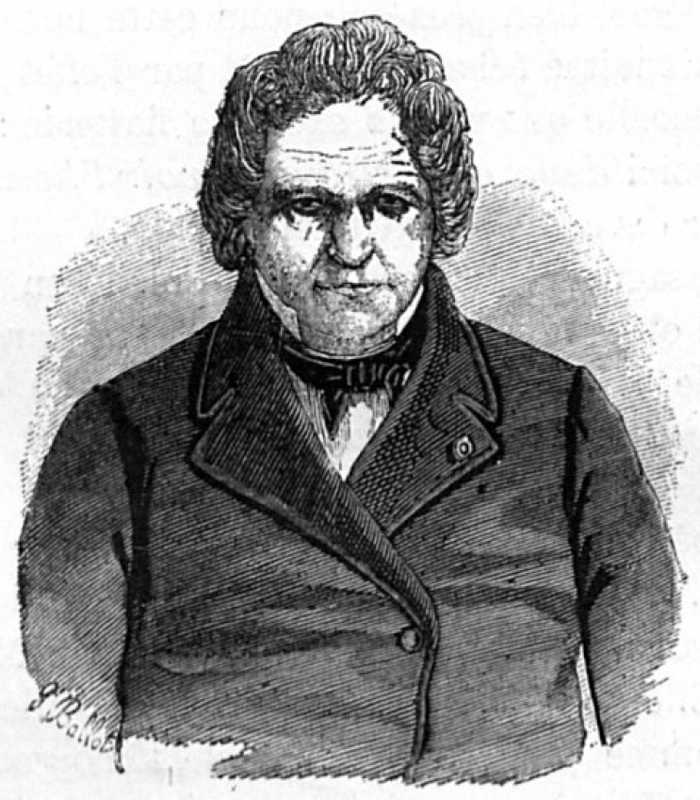 Louis-Jacques Thenard is one of 72 scientists whose name is inscribed on the first floor of the Eiffel Tower. He is 18th, on the face facing east.

Louis-Jacques Thenard, chemist, was born in the village of La Louptière, near Nogent-sur-Seine, today in the department of Aube, May 4, 1777. He died in Paris on June 21, 1857. Simple son of a peasant without any good he came early to the capital for the sole purpose of learning and trying to obtain the title of doctor of medicine. He was accompanied by two of his friends who wanted to become pharmacists. They gathered their modest savings and all three housed in a garret in the Latin Quarter, asking the wife of a water carrier who lived in the house to take their money and make them live for a while. The calculation done, the resources were reduced to 48 cents per day. Mother Bateau was a brave heart, but she demanded a severe accuracy from her guests; when she had served, she had to wait until the next day or go elsewhere, "A few days of hard abstinence she forced me to suffer, tells Thenard, made me contract a habit of punctuality which I never departed, as well as 'a great desire to relieve those who may suffer from hunger.' Later, when he became very rich by his discoveries and his marriage with the granddaughter of Conté, the great industrialist, he founded the Society of Friends of Science, which he generously endowed, to help the children of scholars dead in poverty.

Admitted by Vauquelin, as a laboratory assistant, Thenard gradually attracted the friendship of the illustrious chemist by the facility of his character and the sagacity of his mind. Thanks to his position, he entered the chemistry class at the Ecole Polytechnique, and a few years later he had to replace his teacher as a teacher.

The first works of Thenard date from 1799. One day, Chaptal, Minister of the Interior, had him called in his cabinet and said to him without any preamble: "The blue of overseas we miss it. and expensive and the Manufacture de Sèvres needs a blue which (1777 - 1857) resists the great fire.Here are 1500 francs, will discover me a blue fulfilling the conditions that I indicate to you.-But, says Thenard, I "I have no time to lose," says Chaptal, "go and bring me my blue as soon as possible." A month later, Thenard had solved the problem. His fortune then grew quickly. He became successively professor at the College de France, member of the Advisory Committee of Arts and Manufactures, member of the Institute replacing Fourcroy (1810), member of the Legion of Honor (1815), vice-president of the Superior Council of the public education, president of the National Industry Incentive Society, dean of the Faculty of Sciences, deputy, peer of France, Chancellor of the University, etc.

In 1825, King Charles X made him a baron to reward him for the lessons of chemistry he had given to the Duke of Angouleme, much more than for that famous phrase he had let slip, rather by the effect of his candor. natural only by an excess of flattery: "Monseigneur, here are two gases which will have the honor to combine before your Royal Highness."

The passage of Mercury on the Sun, in May 1753, had been observed at the Chateau de Bellevue by the astronomers of Louis XV. According to the language of the time, the star had the honor of passing before the King of France.

The unconscious repetition of this naïve joke by Thenard, seventy-two years later, was mistakenly placed on the account of Gay-Lussac by M. de Cormenin. She does not belong to him. Not only we have as evidence in support of the verbal testimony by Arago, but also a letter that we personally addressed, February 8, 1890, Saint-Leonard (Haute-Vienne), the only son of the illustrious chemist, Mr. Louis Gay-Lussac. Moreover, it was at the Polytechnic School, at Thenard's chemistry class, where the young prince had been unexpectedly taken by his preceptor, that this extra-scientific adulation was formulated by Thenard in his embarrassment. Gay-Lussac had a cold, reserved character; he was always master of himself, and never committed any of those oddities which Thenard was customary for his native shyness. Thus, the first time he professed, he fled in the middle of his lesson, seeing Fourcroy and Vauquelin who had come to listen to him, and, thirty years later, he began to stammer in full Sorbonne On seeing Berzelius among his audience, gentlemen, excuse my trouble, "he said," but you will understand it when you hear that M. Berzelius is among you. "Applause broke out and the great Swedish chemist was forced to sit down. in the place of honor, near the professor who had thus denounced his presence.

The discoveries of Thenard, the most important are rap