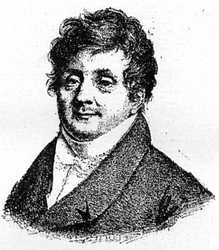 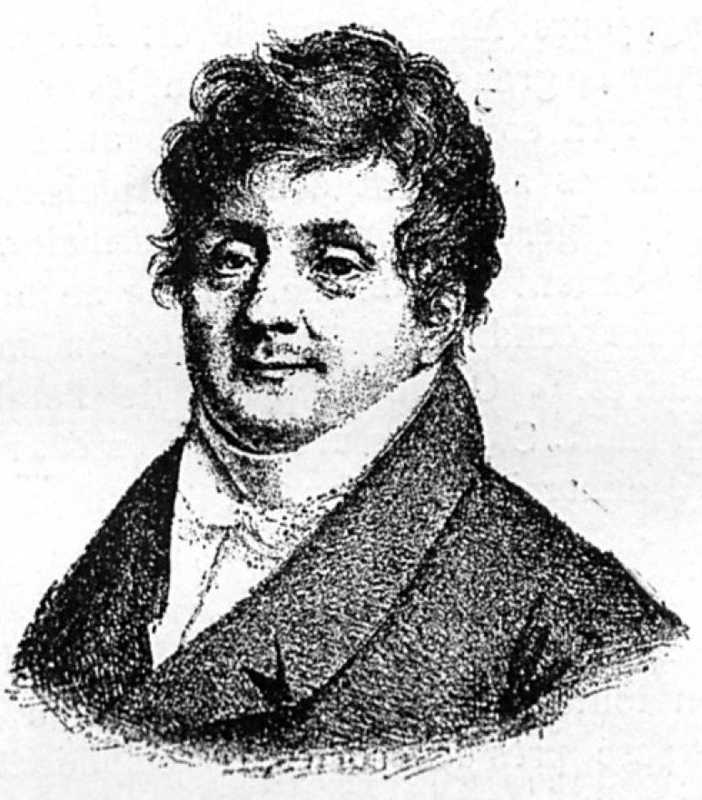 Joseph Fourier is one of the 72 scientists whose name is inscribed on the first floor of the Eiffel Tower. He is the 13th on the west facing side.

Jean-Baptiste-Joseph, baron Fourier, mathematician, was born in Auxerre, March 21, 1768. He died in Paris, May 16, 1830. His father was a tailor of clothes. He was to become one of the greatest geometers of the nineteenth century, a member of the Institute, permanent secretary of the Academy of Sciences, one of the Forty of the French Academy, and ... baron, and prefect of first Empire. He was extremely precocious; when he was an orphan at the age of eight, he was taken in by a lady, who had been seduced by the kindness and petulance of his mind. At thirteen, the regular hours of work were no longer sufficient to satisfy his insatiable curiosity. Pieces of candle carefully collected in the kitchen, the corridors and the refectory of the college, were used at night, in a chimney hearth closed with a screen, to illuminate the solitary studies by which Fourier was prelude to the works which, a few years later , were to honor his name and his homeland. He wanted to attend the Military School reserved for the nobles. We did not allow him. His request to undergo the examination of the artillery, though strongly supported by Legendre, was repulsed by the minister with these words, quite cynical, said Arago: "Fourier is not noble. can enter the artillery, would it be a second Newton! " Fourier, unable to gird the sword, took the Benedictine habit and went to the abbey of Saint-Benoit-du-Loir. But he did not stay long, the ideas of liberty and social regeneration of France having seized him in 1789. His former masters, however, entrusted him with the principal chair of mathematics of the Military School of Auxerre. After a few months, he went to Paris to read before the Academy of Sciences a memoir on the resolution of numerical equations of all degrees. He returned to Auxerre, took an active part in the events, and was summoned by Monge to the Ecole Polytechnique from the time of his foundation. Napoleon 1st, appointed to be part of the expedition of Egypt, and a few years later he had to do it baron. He did not return to France until 1802, when he was appointed Prefect of Isère, a position he held until 1815. At that time he returned to private life and devoted himself entirely to science and to his duties as a double academician. His works on the mathematical theory of heat, on the central heat of the terrestrial globe, on the general resolution of algebraic equations, on the analysis of determined equations, constitute his principal titles of glory, as his praises of Delambre, Bréguet, Herscheil, the physicist Chasles, ensure his main literary titles. Fourier had preserved in his old age the grace, the urbanity, the varied knowledge which a quarter of a century earlier had given so much charm to his lessons at the Ecole Polytechnique. It was a great pleasure to see him, to hear him. However, did not approach him who wanted, was there an important personage. "It is strange," said one of the chamberlains of the Court of Charles X., to whom the servant of Fourier would not allow him to go beyond the antechamber. "It is very strange that your master is difficult to approach. Minister! " Fourier, who was bedridden, hears the words, jumps out of bed, opens the door of the room and, face to face with the courtier: "Joseph," he exclaims, "tell monsieur that if I do was minister, I would receive everyone, because that would be my duty As a simple individual, I receive whoever seems to me and when it seems to me.

Disconcerted by the vivacity of the joke, the great lord did not answer a word, went away and did not return. Fourier was endowed with a constitution which promised him long days. But, as Arago says in his memories of this great mathematician, natural gifts can do nothing against the unhygienic habits that men create as pleasure. To escape from slight rheumatic attacks, Fourier dressed during the summer, as do travelers condemned to winter in the midst of the polar ice. "I'm supposed to be overweight," he said with a laugh, "be assured that this is not the case." If, following the example of the Egyptian mummies, I was subjected to the operation of demoralization, we would not find residue that a slender body. " In Fourier's apartments, always sparse and heavily heated in all seasons, the drafts to which one was exposed near the doors resembled the terrible simoon of the desert. Baron Larrey, his friend, his former companion in the Egyptian expedition, his colleague at the Institute, never succeeded in making him modify this fatal regime, because of his premature end.