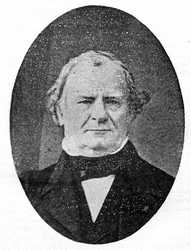 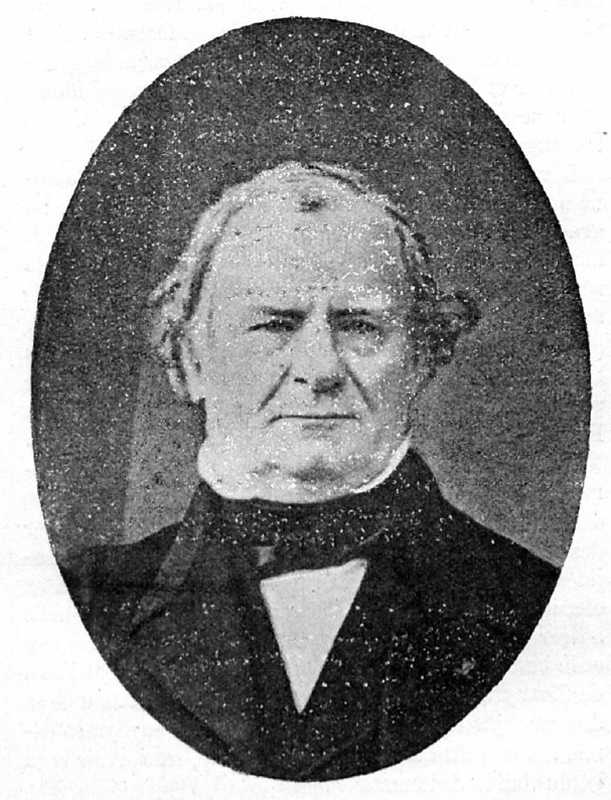 Benoit Clapeyron is one of the 72 scientists whose name is inscribed on the first floor of the Eiffel Tower. He is the 11th, on the face turned to the West.

Benoît-Paul-Emile Clapeyron, engineer, was born in Paris on January 27, 1799. He died on January 28, 18811 in the same city. Raised at the college of Juilly, a village in the department of Seine-et-Marne, near Meaux, he studied brilliant classics in this famous institution, founded by the Oratorians. He was received in 1810 at the Ecole Polytechnique, and, when he left, in 1818, he entered the Ecole des Mines in Paris. After completing his engineering internship, he went to St. Petersburg. We were at the time of the second Restoration in France. Political life, extremely absorbing and passionate, dominated everything and did not allow the younger generations, more practical and very liberal, to apply their activity effectively.

Clapeyron was greeted with enthusiasm in Russia, and he was commissioned to create the great railroads there, the first to cross the southern part of this vast empire. He had left France with his comrade Lamé. They were both instructed to teach mechanics at the School of Ways and Communications, based in St. Petersburg. Their courses were lithographs and later printed, and then ostensibly adopted based on the principle of virtual speeds. The lessons of applied mechanics made by Clapeyron were established on the principle of the forces forces. These were new and fruitful ideas. Both, on arriving in Russia, had received the rank of major and the hereditary nobility, according to the custom admitted for the scholars whom the government called from abroad.

Lamé and Clapeyron had been in St. Petersburg for about ten years. They had been promoted to the rank of colonel, and frequented the salons of the highest aristocracy, when the Revolution of 1830 and the revolt of Poland broke out simultaneously. These events caused trouble in Russian society. The government, hostile to liberal ideas, sought and found enemies everywhere. Suspected of sympathy for the Poles and for a hated revolution, the French aroused in Russia the suspicions of the police.

Clapeyron was denounced for speaking too freely. He was sent on a mission to Witégra, on the road to Arkhangel, in a lost region, to supervise works that were neither begun nor even planned. A Cossack, who was waiting for him, communicated to him his instructions, which consisted in obeying him in the village, but in firing at him if he went away from them. Powerful influences and the need for his advice reduced Clapeyron's exile to a few months. But, deeply moved by his disgrace, justly anxious about the future, he sent his resignation and left Russia as soon as possible, without receiving the slightest compensation.

However, having returned to Paris, the reputation he had acquired in Russia had followed him and served him with the great engineers and financiers Flachat, Pereire, and Perdonnet. They charged him to draw the lines of Versailles (right bank) and Saint-Germain-en-Laye, these two classic railroads, remained historical as the fathers of all the others. It was he who, on the day of the inauguration of the second of these railroads, on August 27, 1837, assisted Emile Pereire in the first train which triumphantly carried off Queen Amelie, the Duchess of Orleans, the Dukes of Orleans of Aumale, Montpensier, Marshal Bugeaud, M. de Montalivet, and all the ministers of Louis Philippe. He later became chief engineer of these companies and professor at the Ecole des Ponts et Chaussées in Paris.

From 1831 to 1834, Clapeyron composed his dissertation on the Mechanical Theory of Heat, which is printed in the Journal de l'Ecole Polytechnique. Sadi Carnot, eldest son of Lazare Carnot, had published in 1824, a work entitled: Reflections on the motive power of fire. It is the first work in which we have crossed the distance between vague and uncertain ideas of fundamental principles precisely and scientifically formulated, forming a body of doctrines on the relations existing between heat and mechanical work. This work, scarcely noticed at the time of its appearance, by the public and even by the scientists, had attracted the attention of Clapeyron. He became the commentator of Sadi Carnot; he translated into algebraic language the principles which he had enunciated and demonstrated by reasonings which were difficult for everyone to follow, and arrived at new consequences which were added to the propositions of Sadi Carnot. Clapeyron is one of the men who has co-operated in the popularization of the mechanical theory of heat, which has given birth to so many wonders.

The large metal bridges on the Seine at Asnieres, on the Garonne, the Lot, the Tarn, for the passage of railway lines, were built on his projects. It was on this occasion that he formulated a new and easy method for the calculation of all the elements of resistance of a beam bearing on any number of points of support and uniformly loaded.

It is therefore with justice that in 1858 the Academy of Sciences wanted to devote so much work and services, giving him the chair of Cauchy.

Clapeyron had broad and fruitful ideas about everything. He developed them largely in an excellent book entitled: Political Views and Practices on Public Works in France. He had also combined a vast plan for the creation of a general and special school, intended to open to young men of all classes of society the careers devoted to the universal art of construction. He was a scholar as modest as profound, endowed with the most amiable and most benevolent character. Let us not forget, among his titles of inventor, that it is he who is the author of the relaxation of the steam engines with double effect.

His eulogy was pronounced in 1861 by Combes and Lamé. The city of Paris gave its name to one of the streets located on the right bank of the Seine.

The portrait of Clapeyron reproduced here was drawn from the original entrusted by his son Mr. Colonel A. Clapeyron, born on December 1, 1831, former student of Saint-Cyr, having to his credit seventeen campaigns, completed brilliantly in Africa, in Mexico, in France, wounded in Sedan, a prisoner of war, after the 1st of September, 1870. Renowned for his bravery and his talents as an officer, Colonel Clapeyron's career was shattered by all the political resentments which so sadly agitated our army as a result of our disasters. Abruptly retired, for exclusively party rancor, Colonel Clapeyron had to return to private life, while he was admirably prepared to contribute to the military reorganization of France. It is thus that we lose by passion and hate a large number of generous and clairvoyant men.