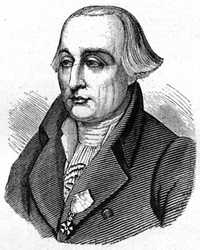 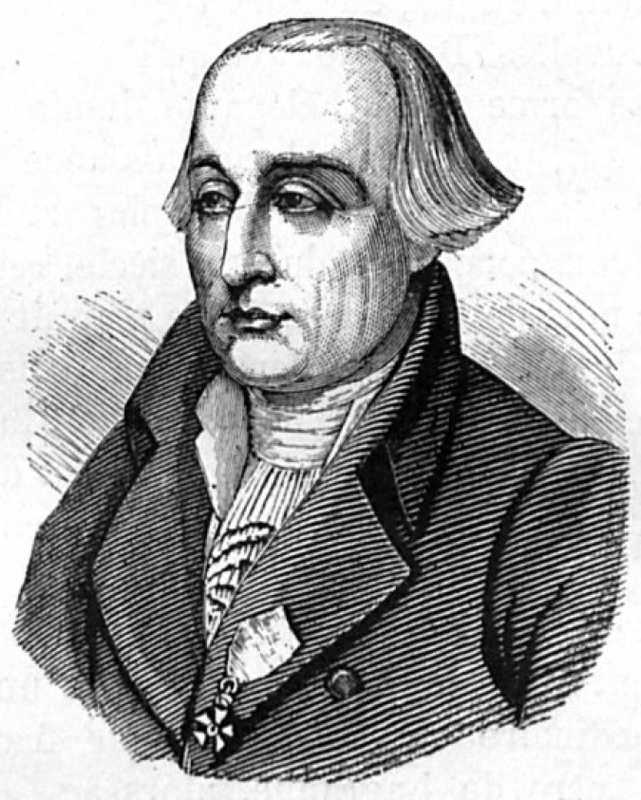 Joseph Lagrange is one of 72 scientists whose name is inscribed on the first floor of the Eiffel Tower. He is the 6th, on the face facing North.

Joseph-Louis Lagrange, a surveyor, was born in Turin on January 25, 1736, of a French family from Touraine, allied with Descartes, and settled in that city in 1672. He died in Paris on April 10, 1813. His father, treasurer of the war had enjoyed a considerable fortune, which he lost in hazardous enterprises. Lagrange considered this misfortune as the origin and the cause of the happiness of his life. "If I had had a fortune," he said, "I probably would not have made my state of mathematics, and in what career would I have found the same benefits?" In fact Lagrange was a perfectly happy man, admired from his first discoveries by great minds like Euler, d'Alembert, Clairaut, Condorcet, & c. He was to die a member of the Academy of Sciences, senator, grand officer of the Legion of Honor, count of the Empire, not to mention that his remains were to be deposited in the Pantheon and public praise pronounced the same day by Laplace and Lacépède . He has imprinted the traces of his genius on all branches of mathematics, from spherical trigonometry, to which he gave the analytic form which he has preserved, and which he has enriched with new theorems, up to the celestial mechanics in this field. that she has higher.

At the same time that he introduced magnificent discoveries in science, Lagrange brought reforms in the method. It is to him that the substitution of the analytic form for the synthetic form is due. It is from his professorship at the Ecole Polytechnique and the Ecole Normale Supérieure that the practice of exposing the principles, discussing them, comparing them, making them, in a word, an object of instruction, dates from. It was again he who had the merit of showing the advantages that good ratings provide and who knew how to give the equations a symmetrical character. Lagrange was a first class teacher and a genius scientist because he made discoveries.

In the field of science he has devoted himself to the algebraic resolution of the equations of higher degrees. The problem in all its extent was precisely considered insoluble. But he could resolve himself by lowering. It is this means of solution that Lagrange endeavored to develop. To achieve this, he created the method of compound transformations, by means of which we form an equation whose roots can have, with two or three roots of the proposed, a given relation. The calculation of finite differences, analytical geometry and mechanics, the calculation of functions and variations, the elements of algebra and arithmetic, etc., have received new formulas from Lagrange. In all that he touched, he knew how to bring a simple, elegant, luminous form.

Chevreul, who, by the date of his birth (1786) and his secular longevity, was the friend of most illustrious scientists of the beginning of the nineteenth century, often returned to the name of Lagrange. He was pleased to recall that the great mathematician, taking in his carriage to a meeting of the Academy of Sciences, showed him with complacency the regular formulas of one of his memoirs and their symmetrical arrangement, informing him that the feeling of the art is no stranger to geometers, and algebra has its style. The Piedmont having been reunited with France, an extraordinary commission of the French Republic was sent to the father of Lagrange, then ninety years, to compliment officially, in the name of the Directory, to have given birth to a son who also brilliantly illustrated the country with his works and his discoveries.

Lagrange left a large number of manuscripts in dying. In 1815, Carnot being Minister of the Interior of Napoleon during the Hundred Days, had them acquired by the government. On the report of the Academy of Sciences, these papers were classified and deposited in the library of this learned body. They served to assemble and publish, from 1867 to 1889, under the auspices of the Ministry of Public Instruction, the complete works of this illustrious and profound scientist. They constitute a magnificent scientific monument in fourteen volumes in-40, published by the house Gauthier-Villars. They include, of course, the treatise on Analytical Mechanics, this book, said Alexander of Humboldt, which is the result of one of the greatest efforts of the human mind. Let us also remember that Napoleon, a very good judge in science, had called Lagrange the high pyramid of mathematics.

The name of Lagrange was given, only in 1890, to one of the streets of Paris, on the left bank of the Seine. The portrait chosen for this site was taken from a drawing executed on nature, in 1808, by Louis Boilly.

Copyright 2013 - 2021 - Any reproduction prohibited without the authorization of the author. This Internet site is a private, unofficial site, resulting from the work of compilation of the works of various authors. Unless otherwise stated, the photos are the property of the webmaster. Any use of texts, photos or other elements of this website is prohibited without the consent of the webmaster. To contact him, use the link on the page credits. Documentary sources: click here . To view the site's privacy policy, please click here: Privacy Policy.
Websites of the same author: The Pyrénées-Orientales, Marguerite Duras, Wonders of the world, Roman Emperors.