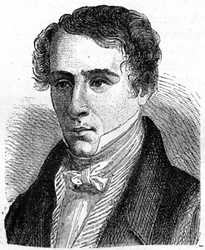 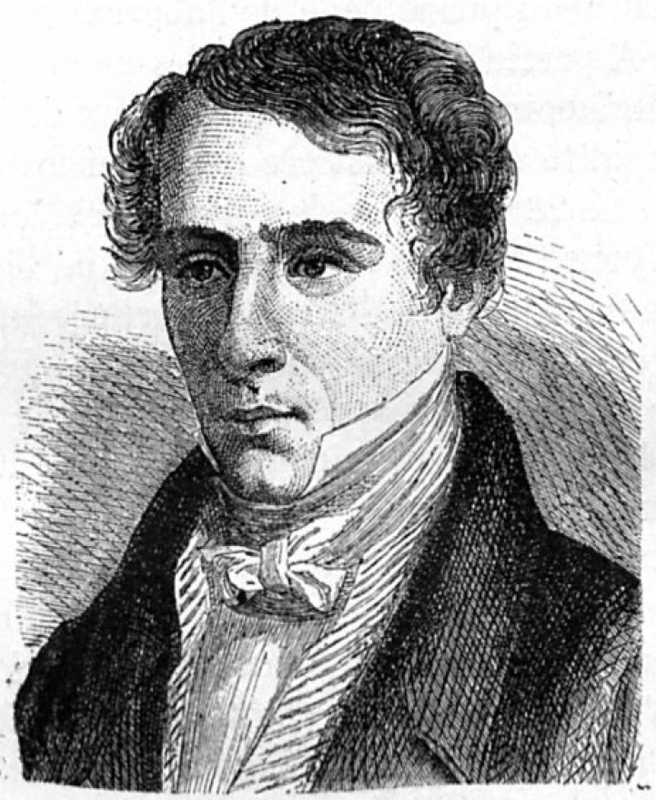 Augustin Fresnel is one of 72 scientists whose name is on the first floor of the Eiffel Tower. He is the 13th on the west facing side.

Jean-Augustin Fresnel, physicist, was born in Broglie, near Bernay, in this part of the former province of Normandy which today forms the department of Eure, May 10, 1788. He died in Ville-d Avray, near Paris, June 27, 1827. He entered the Ecole polytechnique at the age of sixteen, and his older brother had preceded him by one year. His health was extremely feeble, and made him fear that he could not endure the fatigues of so rough a novitiate. But this stupid body contained a vigorous soul. When he left this school, after having been a brilliant pupil and having received the public congratulations of the geometer Legendre, for the difficult solution of a problem of geometry, he entered the School of Bridges and Roads, that he left with the title and functions of an ordinary engineer, and was first sent to Vendee, then successively to the departments of Drome and Ille-et-Vilaine.

Fresnel devoted himself to the pure sciences only in 1814. His first memoir dates back to this time. It is an attempt to rectify the very imperfect explanation of the phenomenon of the annual aberration of the stars. From this moment, memories succeeded memories, discoveries discoveries, with a rapidity of which the history of science offers few examples. On December 28th of this year, we see him writing from Nyons: "I do not know what is meant by the polarization of the light, Pray M. Merimee, my uncle, to send me the works in which I will be able to learn." Eight months later, his work placed him among the most famous physicists of the time, and in 1810 he won a prize offered by the Academy of Sciences on the difficult question of diffraction. It was Grimaldi who had first sighted those singular accidents of light to which he gave this name. Newton then made the object of a very special search. He thought he saw clear proofs of a very intense and repulsive action, which the bodies would exercise on the rays passing in their neighborhood. This view, assuming it real, could only be explained by admitting the materiality of light. For this reason alone, the phenomenon of diffraction merited the attention of physicists to the highest degree. Many, in fact, studied it, but by inexact methods. Fresnel was the first to give this type of observation an unexpected perfection by showing that it is not necessary to see the diffracted bands receiving them on a screen, like Newton and all the other experimenters had done it. that they are clearly formed in the very space where they can be followed with all the resources which result from the use of the astronomical micrometer armed with a high magnification.

Fresnel's work is almost all about optics. First he dealt with refraction, then interferences, polarization, the emission of waves, to achieve its capital discovery, that of lenticular headlights or decreasing lenses, which immortalized precisely, because it has been an immense boon for navigation. His health, always precarious, could not withstand so much intellectual fatigue. Barely thirty-nine years old, he went out exhausted. A few days before his death, Arago was commissioned to bring him the Rumford Medal awarded to him by the Royal Society of London. "I thank you," he said to him in a dull voice, "for accepting this mission, I guess how much it has cost you, because you have felt that the most beautiful crown is very little, when it is going to take drop it on a friend's grave. "

Arago replied, "It is a testimony of immortality that I bring to your great soul, and it proves to you that the whole world recognizes the importance of your labors.Your name will not perish. and your admirers, count on myself, to preserve the worship of your memory. "

A monument was erected in Broglie (Eure), in memory of Augustin Fresnel, on September 14, 1884, on the initiative of Duke Albert de Broglie, one of the Forty of the French Academy. The city Paris gave its name to one of its streets on the right bank of the Seine. The above portrait was done on lithography executed from nature in 1823 by Jules Boilly.