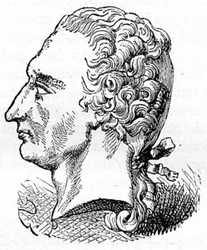 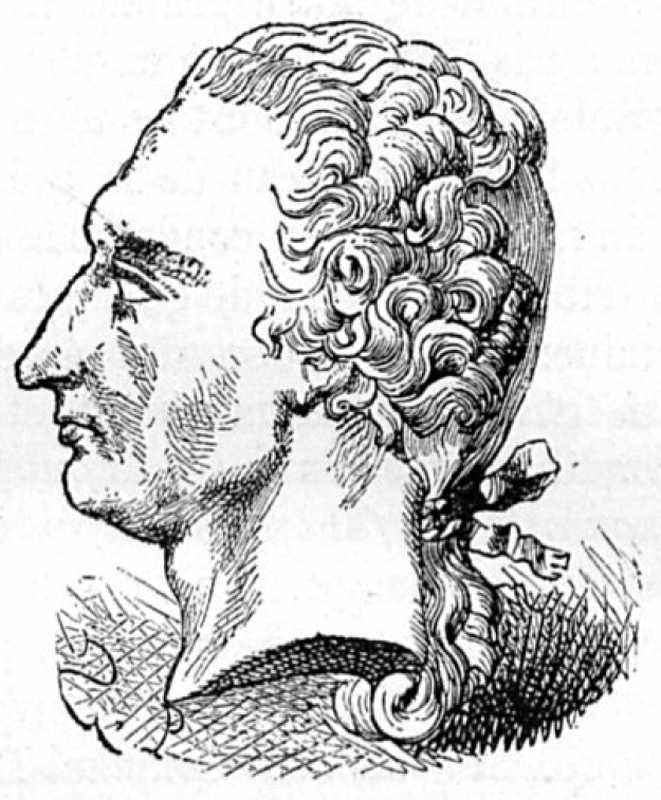 Antoine de Lavoisier is one of the 72 scientists whose name is inscribed on the first floor of the Eiffel Tower. It is the 9th, on the face facing North.

Antoine-Laurent de Lavoisier, chemist, physicist, physiologist, agronomist, was born in Paris on August 20, 1743. He died beheaded on the scaffold erected on the Place de la Revolution, today Place de la Concorde, May 8, 1794 at 5 o'clock in the evening, the fifth of the farmers sentenced, immediately after his father-in-law, Jacques Paulze. He is the creator of modern chemistry, in the sense that it is he who, through his work on oxygen and the composition of the air, has paved the way for all contemporary discoveries. For long ages a science remains latent; a man of genius is coming. That's enough to fertilize her forever. For more than a hundred years, chemistry had been mired in the unfortunate theory of phlogiston, which obscured the path of research of scientists of good will. By explaining the truth, Lavoisier has rendered the greatest of services that an innovator can bring to general progress. It was in September, 1777, that Lavoisier submitted to the Academy of Sciences a memoir, under this title: On some substances which are constantly in the state of aeriform fluid at the usual degree of heat and pressure of the atmosphere. It is in this beautiful work that he establishes that the expressions air, vapors, aeriform fluids, designate only a particular mode of matter and that it shows that if the heat volatilises the bodies, any pressure brings to this change a resistance that can be evaluated.

Chemistry did not occupy Lavoisier alone. Physics also owes him important and beautiful discoveries. He was the first to demonstrate that the molecules of bodies obey two antagonistic forces:

Depending on whether one or the other of these forces predominates, or that they both balance, the body passes through the solid, liquid, and gaseous states. As for the space that molecules leave between them, it is not the same for all substances. Lavoisier took this principle as a starting point for explaining how it is necessary to use different quantities of caloric to raise the temperature of various bodies by one degree.

Lavoisier can also be found among the founders of experimental physiology, for for several years his research was aimed at directing chemistry towards physiological problems. He is credited with the famous theory of respiration, which, modified slightly by recent discoveries, reigns supreme today.

Lavoisier also took care of agronomy. He owned and farmed a beautiful property in the Blésois. He improved all the cultivation methods and tried to apply chemistry to agriculture. Lavoisier's main work deals with the perspiration of animals, the nature of water, the calcination of tin, the existence of air in nitrous acid, the combustion of phosphorus and sulfur. , at the dissolution of mercury in nitric acid, at the composition of a diamond. He has experimentally demonstrated the truth of Newton's hypothesis that this mineral, the cause of so much folly, is nothing but pure carbon. Let us also note his researches on oxalic acid, platinum, efflorescence, carbonic acid.

Lavoisier had an elegant feather. He left remarkable writings, especially in the Annals of Chemistry and in the Journal of Physics. His works were collected and published in four large volumes under the auspices of the Academy of Sciences, from 1861 to 1864. Despite his services and titles to the admiration of all, Lavoisier had to climb on the scaffold. It is one of the most regrettable victims of our great Revolution, which did not forgive him for belonging to the execrated class of the twenty-eight farmer-generals whose heads fell the same day under the fatal knife of the guillotine. It was reported that at the time of his conviction, Lavoisier asked the court a delay of a few days in order to be able to finish the proofing of his memoirs of chemistry which was printed, and that the president answered him brutally: The Republic does not do not need scientists; it is necessary that justice follow its course. In all times, there are raw beasts and fools. These words do not dishonor the Republic, which was full of scientists and governed by scientists; they defile only Coffinhal-Dubail, who pronounced them. Indeed, at that time, as later under the Consulate and the Empire, as we have explained in the History of Science under Napoleon I, the Convention, committees, commissions were full of scholars. It is sufficient to mention: Carnot, Berthollet, Fourcroy, Lalande, Monge, Laplace, Lagrange, Legendre, Parmentier, Daubenton, Lamarck, Hassenfrat