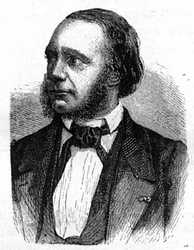 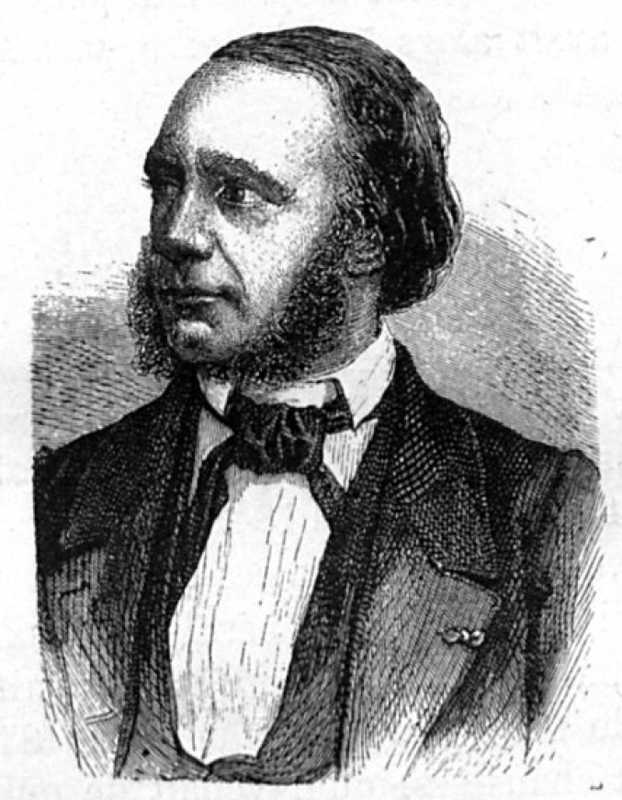 Louis Breguet is one of the 72 scientists whose name is on the first floor of the Eiffel Tower. He is the eighth on the west facing side.

Louis-François-Clément Breguet, physicist and precision instrument builder, was born in Paris on December 22, 1804; he died on October 27, 1883 in the same city. He carried with dignity a famous name. He was the grandson of Abraham Breguet, who, perfecting all the branches of his art, equaled by talent and skill, then surpassed by fame the great master watchmakers, Berthoud and Leroy, who had trained him Louis Breguet's first education was entirely practical. His father had placed him in apprenticeship in Neuchâtel, Switzerland. He returned to Paris at the age of eighteen, a very skilful workman, but very little educated. Without neglecting in the workshops of his father any work entrusted to his direction, Louis Breguet wanted to go back to the principles and become a theoretician. Arago, a friend of his family and soon his, encouraged him. It was then that he followed the courses of the Ecole Polytechnique as external, and in the study of mechanics he joined that of physics and mathematics, on which everything is based.

Soon head of an important house, Louis Breguet, to keep the first rank among the most skilful watchmakers, did not need any effort. His ambition also became stronger. The electrical phenomena revealed to him a new way. From 1842, his first job was very noticed. It was he who prepared the applications of Ruhmkorff, whose famous apparatus, without him, would probably have been impossible. Louis Breguet was the initiator of electric telegraphy and never ceased to lend an ingenious and practical competition to the pure sciences. This is how we see him collaborating on the fine researches on the light of Foucault and Fizeau. When Arago, a few years before his death, proposed the admirable experiment which was to decide without appeal in the great trial between the two theories of the emission and the rippling of the light, he needed an animated mirror of He turned to him quickly: "How many turns do you want?" Breguet asked him, "The more you can," was the only answer. Breguet got more than a thousand per second. His device counted them exactly.

Louis Breguet was the collaborator, Yvon Villarceau's advisor, Gustave Froment, Graham Bell and many other scientists and inventors. It can be considered, indeed, as the perfect type of these clever and ingenious builders of precision instruments, at once artists and scientists, who render to the industry immense services and which become a providence for astronomers and astronomers. physicists and especially for inventors,

Louis Breguet died dean of the Bureau of Longitudes, founded by the National Convention, in 1791. He entered the Academy of Sciences in 1783. M, Georges Berger, Director of the Universal Exhibition of 1889, Member of the House of Deputies, wrote on his works an important notice, published in the Journal des Débats of November 3, 1883, reproduced in the Revue Scientifique. His eulogy was pronounced at the Academy of Sciences in the weekly session of July 5, 1886, by M. de Jonquieres, his successor. His name was given to one of the streets of Paris, on the right bank of the Seine. The above portrait was drawn from a photograph taken in 1860. He was then 56 years old and he was barely over forty.