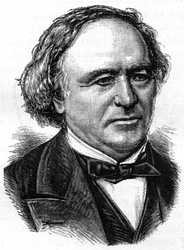 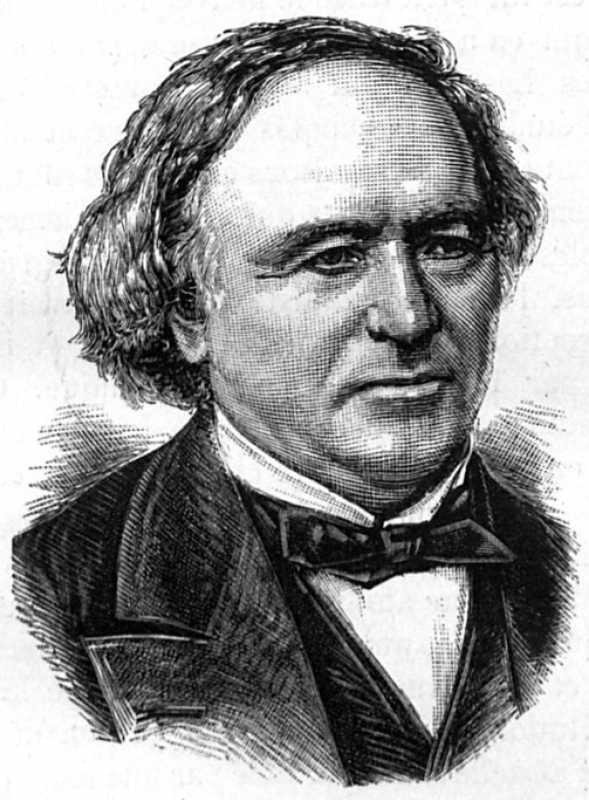 Jean-Baptiste Dumas is one of 72 scientists whose name is on the first floor of the Eiffel Tower. He is the 10th, on the face turned to the West.

Born in Alès (Gard), in 1800, Jean-Baptiste Dumas, a chemist, died in Cannes (Alpes-Maritimes) on 11 April 1881. With Gay-Lussac, he can be considered the greatest chemist of the nineteenth century. He made his first scientific weapons in Geneva, where he had gone to occupy a place of clerk in a pharmacy. He was scarcely twenty when he published with Constant Prévost researches on various subjects of physiology, and especially experiments on fertilization and blood. But the pharmacy did not detain him, and physiology did not absorb him.

Arrived in Paris in 1821, he devoted himself exclusively to chemistry, and was soon in a position to undertake and complete the most important works. Independent development of organic chemistry and reform of mineral chemistry, this is the era that begins with Dumas. It was he who drew the new chemical program and laid the foundation for it by his own discoveries. The ideas that were current then were derived from the study of mineral compounds and thus formulated: All chemical combinations are formed of two immediate elements which are themselves either simple bodies or compounds of the first degree.

Berzelius, the famous Swedish chemist, had adopted this conception which goes back to Lavoisier and he reinforced it by the electrochemical hypothesis. This was called dualism. Dumas defeated him. In 1834, studying the action of chlorine on organic compounds, he recognized that this simple body possesses "the singular power of seizing hydrogen and replacing it atom by atom." This was the first statement of a law which nowadays relies on thousands of analogous cases, and which forms the point of departure for the theory of substitutions and the doctrines which flow from it. Dumas has attached his name to it, helped by a crowd of disciples. Laurent, of great memory, collaborated actively and Charles Gerhard generalized and simplified the chemical types, strong and fair concept.

Jean-Baptiste Dumas entered the Academy of Sciences in 1832. That same year he replaced Thenard at the Ecole Polytechnique and was called to the Faculty of Sciences of Paris as assistant professor. Three years earlier, after a brilliant competition, he had arrived at the chair of organic chemistry at the Faculty of Medicine.

It is in this situation that his great talent as a teacher has reached its peak. Dumas was a reformer in the sciences and he also exercised by his abilities of writer and speaker a prolonged action on their popularization. He contributed to the creation of the Central School of Arts and Manufactures, with Lavallée; he has professed for a quarter of a century. Senator, Minister, Grand Cross of the Legion of Honor, President of the Agricultural Society of France and the National Industry Incentive Society, when he died he became one of the two perpetual secretaries of the Academy of Sciences, and one of the Forty of the French Academy, replacing Guizot. He was raised a statue in Ales, his hometown, on October 21, 1889.

Dumas' Eloges and Academic Discourses and his admirable Lessons on Chemical Philosophy, professed at the Collège de France in 1836, were published by Gauthier-Villars et fils. The above portrait was executed on a photograph made in 1878 and of which he paid tribute to Jean-Auguste Barral at that time.