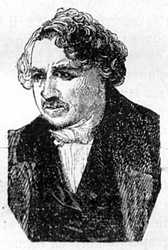 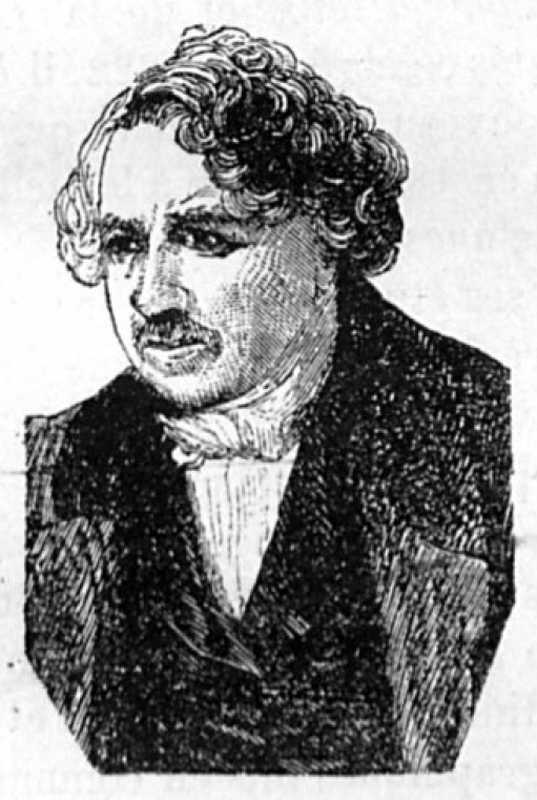 Louis Daguerre is one of the 72 scientists whose name is inscribed on the first floor of the Eiffel Tower. He is the 2nd, on the face facing West.

Daguerre and Niepce These are the two names that should have been inscribed, and not just one of them. We develop the inescapable reason for this twin page, by giving the two portraits of these inventors, whose work in the history of science can not be separated.

Louis-Jacques-Mandé Daguerre, painter and physicist, was born in Cormeilles, today village of the department of Seine-et-Oise, in 1789. He died in Petit-Bry-sur-Marne, near Paris, on July 12th 1851. Daguerre is the father not of photography (it is to Niepce that this glory returns), but the inventor of the daguerreotype. Early on he was able to indulge in his taste for decorative painting and he soon became a first-rate artist for theatrical ornamentation. His brush was particularly fond of vaporous landscapes, the effects of night, the great ruins. Several of his sets, such as those of the Sun turning in Aladdin or the Wonderful Lamp and the Moving Moon of the Dream, have remained famous. In 1822, he opened to the public a new show, the Diorama, which had a huge vogue until 1839, when a fire destroyed it in a few hours.

Driven by his studies of painting, perspective and optics in search of the problem of the fixation of images by the action of the sun, he related, in 1826, with Niepce, having learned that the latter, in Chalon -on Saone a few years before had solved the question. Together they made a treaty of association on December 11, 1829; but Niepce, having died in 1833, Daguerre continued to perfect and exploit the heliographic processes put in common, by imposing his only name on this discovery, as it is true that the absent are always wrong, whether they are alive or dead.

Chevreul has demonstrated in a Mémoire historique, published in 1873, in the Journal des Savants, that the discovery of heliography, quite original, belongs entirely to Joseph-Nicéphore Niepce (1765-1833), whatever the esteem which is professed for Daguerre, and he has established how this invention gave rise successively to the daguerreotype and the photograph on paper, afterwards due to Talbot. It was Nicephorus Niepce who fulfilled the first two conditions necessary to fix the image of the dark room, namely:

Daguerre then had the later, but incontestable, merit of perfecting the obscure chamber and substituting the bitumen of Judea, a material sensitive to the action of light, with much more impressionable iodized silver. Later Talbot, substituting paper for the metals and glass used as breeding plates of the image, Niepce de Saint-Victor, cousin of Nicephore Niepce, finding a way to reduce from 26 minutes to a few seconds, the duration from the exhibition of the sensitive plate in the dark room, gave birth to the great development of modern photography. Without the invention of Nicéphore Niepce's photogra- phy, Daguerre would not have imagined the daguerreotype, and without the daguerreotype it would not have been possible to create the photograph. The invention of this discovery belongs to these two men whose work and the respective role in this great creation are very clearly established. Joseph-Nicéphore Niepce, the first, found the way to fix by the chemical action of light, the image of external objects. Louis-Mandé Daguerre perfected the photographic processes of Niepce and combined the general method currently in use. That's the truth. This is why we regret not to see inscribed on the 300-meter Tower, next to each other, the two inseparable names of Niepce and Daguerre, as their reciprocal discoveries and their personal researches are indissolubly linked. Daguerre without Niepce would have done nothing, and Niepce without Daguerre would have remained in the shadows. It was our duty to right this omission, in the name of scientific justice.

The city of Chalon-sur-Saone raised, on June 22, 1885, a statue to Nicéphore Niepce, whose tomb is near, in Saint-Loup-la-Varenne. The city of Paris gave the name of Daguerre to one of its streets on the left bank of the Seine. In addition, a monument was erected to him, with his bust by Mr Capellaro, in his native country, on August 26, 1883.

The portrait of Daguerre was made after a painting executed in 1815, and for that of Niepce, after a carved medallion after his death.