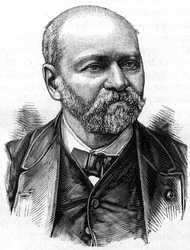 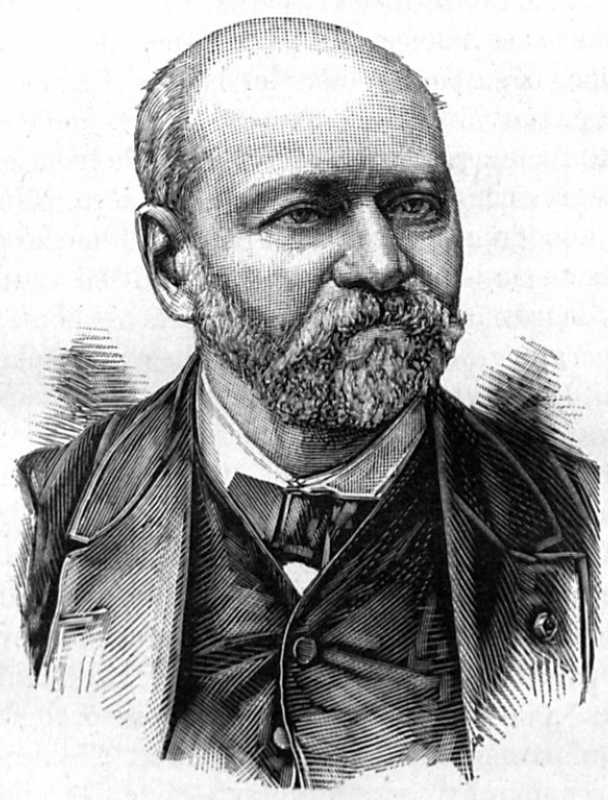 Jean-Augustin Barral is one of 72 scientists whose name is inscribed on the first floor of the Eiffel Tower. He is 7th, on the west facing side.

Jean-Augustin Barral, agronomist, chemist, physicist, was born in Metz, chief town of the Moselle, former French department, on January 31, 1819; he died at Fontenay-sous-Bois, near Paris, on the 10th of September, 1884. He was the only son of a former soldier, born in Savoy, who made the campaigns of Napoleon, was an orderly officer of General Junot, during the wars of Spain and Portugal, who had resigned after Waterloo, to retire to the capital of Lorraine, in order to live in the retreat with his modest pension lieutenant and knight of the Legion of honor. Barral entered the Ecole Polytechnique in November 1838, in the first ranks, and he graduated in 1810, with the title of tobacco engineer, attached to the Manufacture of Paris. There, he devoted himself to his tastes for chemical research and the study of physics. He began by looking in the tobacco leaf for the poisonous substance suspected of it, but which had not yet been able to obtain pure and analyzed. He thus succeeded, first, in isolating the nicotine, energetic alcoholic, whose "one drop suffices to kill a dog" and whose poisonous properties were used by the Count de Bocarmé to commit, in 1850, a crime remained famous in the judicial annals of Belgium. These discoveries, which immediately brought him to light, were recorded in 1811 and in 1845 in the Proceedings of the Academy of Sciences. They were followed successively by studies on the precipitation of gold in the metallic state, galvanic silvering, electromagnets, on the chemical statics of man and animals, the composition of rain water, drainage. arable land, irrigations, wheat, flour, chemical composition of crust and breadcrumbs, various forms of hail, influence of underground moisture and soil capillarity on vegetation vines, phylloxera, etc. In 1850, on June 29 and July 17, in the company of Bixio, former representative of the people and former minister in 1818 and 1849, Barral executed two famous balloon climbs, because, since 1804, date of those of Biot and Gay -Lussac, they were an awakening for aerostatic science, completely neglected until that time. The second was fruitful in scientific results, long exposed by Arago, in the Proceedings of the Academy of Sciences; in particular, the two observers had been in the middle of small ice cubes that reflected the sunlight so as to form an image placed below the balloon. Thus the hypothesis of Father Mariotte was verified on the cause of halos and paraseles, which he attributed to ice cubes suspended in the upper regions of the atmosphere. Barral and Bixio had reached an elevation of 7049 meters and had endured the excessive cold of 40 degrees centigrade below zero, that of the freezing of mercury, precisely at the same point about where Gay-Lussac, in 1804, had had to bear only 10 degrees below zero. This showed that the temperature of the different atmospheric layers was subject to variations analogous to the variations of the temperature at the surface of the earth.

The first ascent had been singularly dramatic. One of his episodes was told in the following way, by Mr. Pierre Véron, in the Illustrated World:

"The balloon had left the Paris Observatory, we wanted to reach unexplored heights, we dreamed of all kinds of experiments.After having crossed an altitude of 5000 meters, a rift took place.The involuntary descent began immediately, accelerating more and more, exposing the two aeronauts to an almost certain death, both of them, however, had kept the coolest talk.without uttering a word, they had shaken hands as soon as they saw the imminent danger. This farewell mute, we had only thought of the area as possible in order to delay the crushing. "A frightful detail! We were throwing overboard all that had been carried away: the blankets, the provisions bags of ballast, without disembowelling them, except the optical and meteorological instruments which they put together on their knees, and the basket carried vertiginously by the weight of those who climbed it, exceeded in its fall all wrecks thrown to the wind, all that was left was to die. How to keep a glimmer of hope?

"Well, no, we fell into a field of vines, the ropes clung to the stilts, the basket was taken between the shrubs, which cushioned the blow, and the two scientists were safe." Barral, as soon as he set foot on the ground, turned towards Bixio and with the most beautiful coolness of the world: - Decidedly Icarus was only awkward! - To which Bixio replied in the same tone: I believe that no dramatic author made such a fall "Heavily soaked fellows!" When these men of science interfere, they do not fear comparison with men of war. "

Barral has professed chemistry, physics, technology, and agronomy at the Ecole Polytechnique, Chaptal College, and Collège Sainte-Barbe, where he has trained the most brilliant students, such as MM. Eiffel, Maurice Bixio, Paul Christofle, Robert David of Angers, Ernest Lamé-Fleury, Colonel Lichtenstein, A. Puton, Director of the National Forest School, General Perrier, member of the Institute, Tessié du Motay, Mathieu -Plessy, Mercadier, director of studies at the Ecole polytechnique, Luca, Paul Laur, the charming writer and scholar and eloquent professor of commerce of the Paris Institute of Commerce, and many others. He devoted the second part of his life to the development of agriculture, and he exercised a profound action on the progress of agricultural science. Barral was the scientific executor of François Arago, Alexandre de Humboldt, Count Adrien de Gasparin, of whom he published the posthumous works, all three. For more than twenty years, Barral was the editor of the Journal of Practical Agriculture, founded in 1837 by his close friend, Alexandre Bixio, then he created, in 1860, the Scientific Press of Two-Worlds, which is continued today under the name of Journal-Barral, and founded the Journal de l'agriculture in 1866; in addition, Barral has published various works, among which it should be noted: The chemical statics of animals; The drainage treaty; Wheat and bread; Irrigation in the department of Vaucluse; Agriculture, meadows and irrigations in Haute-Vienne; The agricultural trilogy; The fight against phylloxera, etc., etc.

Barral has also provided numerous memoirs, articles, and notices to the Revue des Deux-Mondes for Peaceful Democracy, the Phalanstere, the Annals of Chemistry and Physics, National Opinion, the Telegraph, The Friend of the House, the Scientific Journal, the Dictionary of Arts and Manufactures, the Large Larousse Dictionary, the Encyclopedia of the Nineteenth Century, the Newsletter of the National Industry Incentive Society, etc.

Member of the General Council of the Moselle until 1870, permanent secretary of the National Agricultural Society of France, member of the Board of the Society of Farmers of France and the National Industry Incentive Society, commander of the A legion of honor, decorated by all the foreign orders, without his having sought them, he has furnished his fruitful and useful career, without bravery and without ambition.

His bust was placed in the galleries of the Hotel of the National Agricultural Society of France, rue de Belle-chasse, Paris. His eulogy was pronounced in public session, July 21, 1889, by Mr. Louis Passy. The portrait we give was executed on nature, January 31, 1879. Barral was then 60 years old.