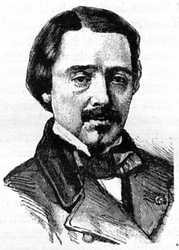 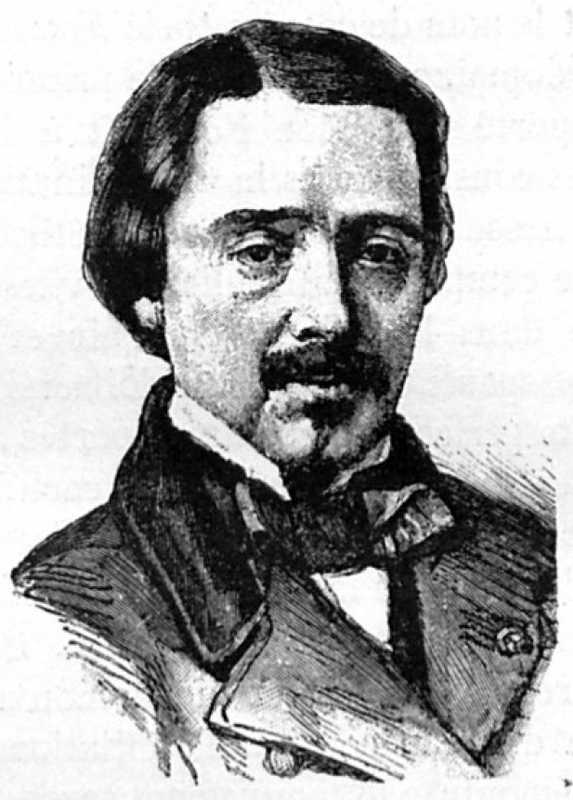 Léon Foucault is one of the 72 scientists whose name is inscribed on the first floor of the Eiffel Tower. He is the 10th, on the face turned to the South.

Jean-Bernard-Léon Foucault, physicist, was born in Paris on September 18, 1819; he died in the same town on February 11, 1668. Penetrating, subtle, sagacious and distinguished, he has made many inventions, all of which bear a very remarkable character of originality. The instruments of which he has created the models have attained hitherto unknown refinements and have made it possible to arrive at the measure of elements which might be called infinitesimal.

Léon Foucault began by devoting himself to medical microscopy. He then linked with Arago and Mr Fizeau. From then on, his path was traced. When he succumbed prematurely to a prolonged excess of work, barely forty-nine years of age, he was an officer of the Legion of Honor and he had belonged to the Academy of Sciences for three years. He had entered the Journal des Débats in 1845, and had not ceased to write the scientific drama of a fair and elegant pen, an image of his well-balanced and delicate imagination.

In the field of electricity, the work of this scientist focused on the regulators, the photoelectric devices, the voltaic arc and the battery. They came first to empirically corroborate the facts already acquired with regard to the transformation of heat into motion, and caloric production by motion. Foucault imagined a red copper disk partly engaged in the interval between two pieces of soft iron, able to receive from a system of wheels driven by a crank, a rotation of one hundred and fifty to two hundred revolutions per second. As long as the current is not excited, the crank has a low resistance; when the current passes, the resistance begins, increases according to the speed printed with the crank, at the same time as the disk heats up With a stack composed of three pairs of Bunsen, in three minutes the temperature can be raised from 10 degrees to at 60 degrees centigrade and tire the operator by resistance. This phenomenon is due to induction currents known as eddy currents.

In the field of optics, the principal improvement brought by Léon Foucault to the theory of phenomena consists in the experimental determination of the speed of light. The method he created made it possible to compare the speeds of a ray of light in the air, in the air and in all transparent media. The optics still owe Foucault major improvements to the construction of telescopes to make some more nocturnal observations.

In the field of mechanics, Léon Foucault's discoveries are first-rate. It is to him that we owe the unexpected revelation of the continuous movement of rotation of the continuous plane of oscillation of a pendulum, serving to demonstrate the terrestrial movement of the rotation of the globe. This experiment, established at the Pantheon in Paris, drew the crowd around the gigantic apparatus which he had suspended at the top of the cupola of the dome, 83 meters high. It is reported in all its details in Volume I of the Proceedings of the Academy of Sciences, 1S51.

The scientific works of Léon Foucault were gathered by the care of his mother and published by the editor Gauthier-Villars and son, with a biography of Mr. Joseph Bertrand, perpetual secretary of the Academy of Sciences, one of the Forty of the French Academy, in July, 1878. The portrait which we give was made on a drawing executed from nature, in the month of June, 1867, a few weeks before the fatal epoch when Leon Foucault was struck by an attack of 'apoplexy. Little by little, he lost the use of his legs, his hands, his tongue became embarrassed and his sight weakened. In the midst of this physiological collapse, his intelligence remained intact. The unfortunate great scholar thus witnessed his slow disappearance, making no illusions about his frightful state. His entourage watched with dismal despair at this partial and progressive destruction of a man of genius. Leon Foucault remained stoical, pronouncing only sometimes these terrible words, indicating the despair of his inner self. "Woe, woe!" Or again, "O God, what have I done to you?" And when he breathed his last, vanquished by this cruel martyrdom, his contracted lips still let escape that fatal word, the supreme retaliation for his moral and physical suffering: "Woe!"