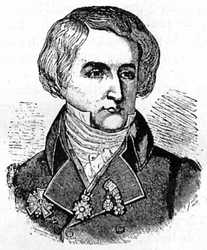 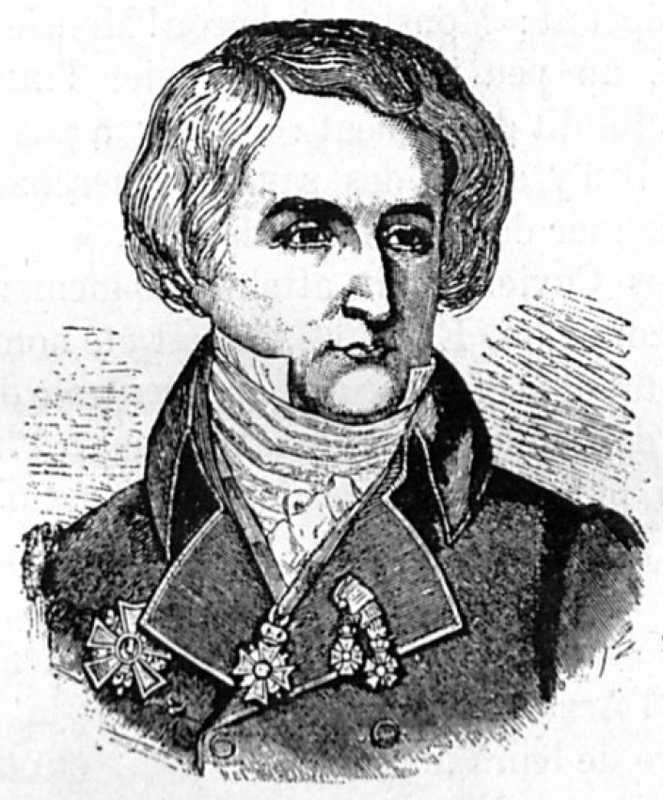 Georges Cuvier is one of 72 scientists whose name is inscribed on the first floor of the Eiffel Tower. He is the eighth, on the face facing North.

Georges Cuvier, naturalist, died in Paris on May 13, 1832, charged with glory and honors, having provided a career peculiarly full of discoveries, but still being in all the force of genius. He was born in Montbéliard, August 23, 1769, year famous because it saw appearing at the same time: Napoleon, Alexandre de Humboldt, Chateaubriand, Walter Scott, Mehmet Ali, Wellington, Lannes, Marceau, Soult, Ney, Tallien, Mouton-Duvernet, the Chènedollé and Esmenard poets, Philippe Lebon, the inventor of lighting gas, the surveyor Hachette, the Comte de Lavalette, general manager of the Post Office in 1815, Bourrienne, of Norvins, General Joubert, Dussault, one of the founders of the Journal des Débats, General Decaen, and many others. Cuvier was a great naturalist and a profound writer. He created comparative anatomy; he has drawn in a colored style the laws of the subordination of the forms and the correlation of the organs which have given the means of resuscitating an extinct world and of methodically reconstructing the lost animal species, with the help of some fossil remains, sometimes isolated, scattered, sometimes confused and mixed up.

In these various ways he has rendered an immense service to human knowledge, and at the same time he has created paleontology, or the science of organized bodies, of which only fossil remains are available. He posited in principle:

It is by applying these two principles that he has been able to determine, according to some bones, unknown species, destroyed during the revolutions of the globe. A transcendent anatomist, Cuvier was, however, a mediocre physiologist and a short-sighted philosopher. In the last years of his life, he declared himself the ardent adversary of the doctrines of the transformism brought to light by Etienne Geoffroy Saint-Hilaire and Lamarck. He was erected a statue at Montbeliard, due to the chisel of David d'Angers, and another in Paris, on a beautiful fountain, in the street that bears his name, on the left bank of the Seine, near the Jardin des Plantes . In 1835, just after death, France had already brought him a first statue in the geology gallery of the Museum of Natural History, holding in his left hand the terrestrial globe, which seems, on the approach of the index of the right hand, crack and open to reveal its secrets to the great naturalist.

We must not forget that his brother Frederic Cuvier (1773-1838) was, in the second row, a remarkable naturalist and original in his views. He is the first to distinguish in mammals the limits separating the ever-changing intelligence from instinct, which is invariable, and the part which must be made of these two faculties in the acts of animals. . He compared habit to instinct; but instead of explaining to the example of Condillac, instinct by habit, he saw in habit a kind of acquired instinct. He refused, in short, to animals, and only granted to man the reflection which he thus defined: "the faculty of thinking intellectually, by the return to ourselves, of our progress and incessant modifications." Finally, he drew the domesticity of animals from their sociability.

Like his immortal brother, Frédéric Cuvier was also a simple soul. He often told the following anecdote about the great Cuvier, who treated all scholars as equals and claimed to be looked at by them in the same way. One day he was discussing a point of anatomy with a young naturalist, and he supported his opinion modestly, while his interlocutor with each sentence repeated: "Monsieur le Baron! Monsieur le Baron!" At last, a little impatient, Cuvier interrupted him, restrained himself and said gently: "There is no baron in science, there are only scientists seeking the truth to bow to it only".

Georges Cuvier had reached all the honors quickly, however. In 1796 he had been appointed a member of the Institute and a professor at the Central School of the Pantheon. The death of Daubenton had left him, in 1799, the much more important chair of natural history at the College de France. In 1802 he had obtained that of the Museum. The class of the physical sciences of the Institute had chosen him as secretary in 1809. The French Academy and the Academy of Inscriptions counted him among their members. He had been appointed successively by Napoleon inspector-general and adviser of the University, State Councilor by Louis XVIII, director of dissident cults, baron and grand officer of the Legion of Honor. Finally, shortly before his death, Louis Philippe had named him peer of France. All these favors could not exceed his discoveries and his scientific glory.

When Cuvier died, an autopsy of his body was made and the idea of ​​weighing his brain was considered. An extraordinary weight of 1829 grammes was found, while the average figure for men is 1353 grammes, and for women is 1225 grammes, a difference of 128 grammes between the two sexes.

Its name has been given to a Paris street situated on the left bank of the Seine and bordering all the Jardin des Plantes in its length. The portrait that represents him here was executed after the beautiful and lively engraving of Louis Boilly.