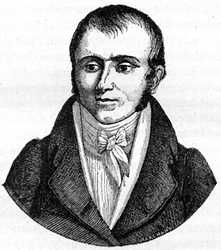 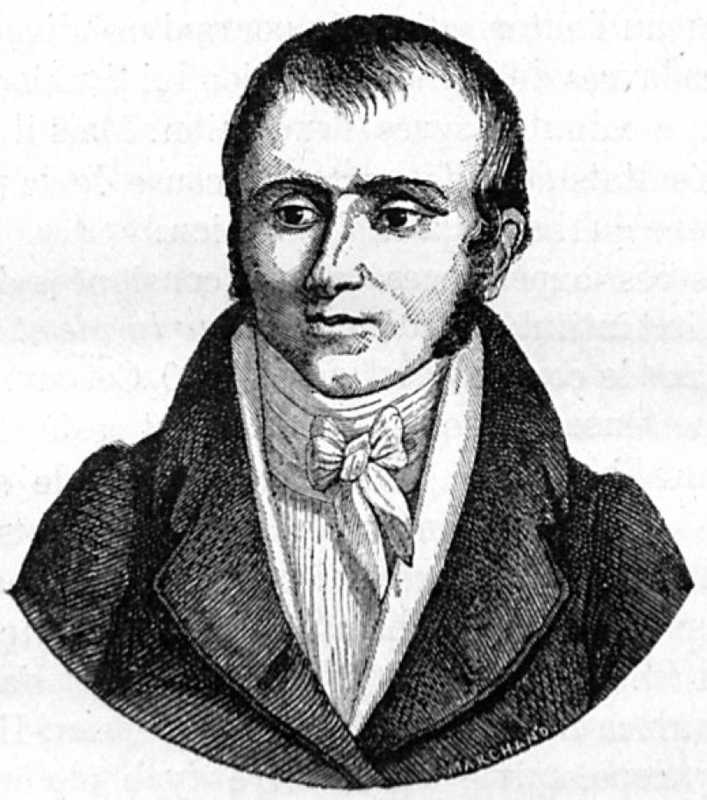 Pierre Berthier is one of the 72 scientists whose name is inscribed on the first floor of the Eiffel Tower. He is the 14th on the west facing side.

Marie-François-Xavier Bichat, anatomist and physiologist, was born in Thoirette (Jura), on November 11, 1771; He died in Paris on July 22, 1902, having not reached his thirtieth year, having furnished an extraordinarily full career. Powerful and fertile genius, he transformed all the medical sciences. A first-rate operator, he renewed the general anatomy and founded biology. Appointed chief physician of the Hotel-Dieu in Paris, he devoted himself to unprecedented toil.

In 1798, he made numerous attempts to provoke contractions in the muscles of animals recently killed with metal reinforcements. Then, to establish, according to his ideas, that the heart is always independent of the brain, he leaned on the galvanism, in order to demonstrate this doctrine, which advances on its time, that it is not immediately by the interruption of the cerebral action that the heart stops acting. Bichat was the first to subject the body of the tortured to the effects of electricity. In January 1798, he had obtained the authorization to continue various tests on the corpses guillotines that were delivered to him from thirty to forty minutes after the execution. But he did not obtain decisive results, especially because of the poverty of the means at his disposal.

All these experiences have been recorded in his capital book entitled Recherches sur la vie et la mort, published in the course of the year 1800. This work produced a considerable sensation. He remained classic.

During the winter of 1801, he opened more than six hundred corpses to experiment with drugs and to study their action on the tissues. So much dangerous research soon altered his health. He was working in his amphitheater on July 2, 1802, and was absorbed in examining the putrefaction of the skin. He was seized with a faint, followed by typhoid fever, and died in fourteen days. His death was a sign of general mourning in science. Halle publicly pronounced his funeral oration, and Corvisart wrote to Bonaparte: "Bichat has died on a battlefield which has more than one victim, and no one in so few years has done so much and so well."

The First Consul responded by ordering the erection of a statue of Bichat at the Hôtel-Dieu itself. Bourg, where Bichat had been raised, drew up a second due to David d'Angers and inaugurated on August 24, 1843.

Later, his friends and admirers devoted a third to him in the courtyard of the Ecole de Medecine in Paris on July 16, 1857. It is also due to David d'Angers. The same artist represented him in his magnificent pediment of the Pantheon depositing his works on the altar of the Motherland.

One of the streets of Paris, on the right bank of the Seine, bears the name of Bichat. It should be noted that Thoirette, who saw the birth of this great man, has no monument. Only a commemorative plaque, placed by the Jura Emulation Society, on the facade of his birthplace, now owned by Mr. Ch Pinard, is responsible for reminding visitors of the scholar who at thirty had found a way to revolutionize medical science. There is an anomaly in the fact that statues are erected in memory of illustrious men, especially elsewhere than in the place where they were born. The remembrance, the veneration and finally the teaching that these monuments carry with them, however, attach much better to the true place that they should occupy. Otherwise, they have the misfortune, for the people, to play only the role of scenery.

It is precisely because of these sentiments that Mr. Ch. Pinard proposed, in January 1881, to open a subscription intended for the erection of a simple monument to perpetuate in Thoirette the memory of Bichat and generously offered the land for the location of this monument and the establishment of a square. It is regrettable that this noble and fair project has remained a dead letter.

The portrait of Bichat which is reproduced above was taken on an engraving executed in 1800, two years before his death. He represents him at the age of 29.

Copyright 2013 - 2021 - Any reproduction prohibited without the authorization of the author. This Internet site is a private, unofficial site, resulting from the work of compilation of the works of various authors. Unless otherwise stated, the photos are the property of the webmaster. Any use of texts, photos or other elements of this website is prohibited without the consent of the webmaster. To contact him, use the link on the page credits. Documentary sources: click here . To view the site's privacy policy, please click here: Privacy Policy.
Websites of the same author: The Pyrénées-Orientales, Marguerite Duras, Wonders of the world, Roman Emperors.